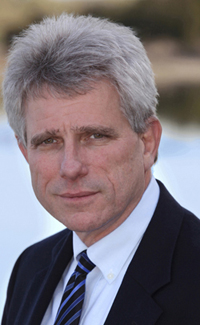 STONY BROOK, NY, April 28, 2010 – Dr. David O. Conover, Dean of the School of Marine and Atmospheric Sciences (SoMAS) at Stony Brook University, has accepted a position as the Director of the Division of Ocean Sciences with the National Science Foundation (NSF), effective July 19, 2010. Dr. Conover has served with distinction as Dean of SoMAS for the past seven years, and will remain a faculty member with SoMAS during his service to the NSF.


Conover joined the faculty of Stony Brook University in 1981 and became Dean in 2003. Under his leadership, SoMAS has greatly expanded its faculty, added two undergraduate majors, increased its enrollment more than five-fold, acquired new waterfront research and education facilities, attracted state funding to build a new $7 million marine lab, and greatly amplified its endowments. Conover founded and serves as the Executive Director of the New York Marine Sciences Consortium, representing 27 academic institutions with marine science expertise in the state. He has served on boards of the New York Sea Grant Institute, the Consortium for Ocean Leadership, and the National Association of Marine Laboratories. Dr. Conover also serves as the SUNY Chancellor’s designee on the New York Ocean and Great Lakes Ecosystem Conservation Council, which is charged with designing ecosystem-based approaches for managing New York’s aquatic resources.

“My entire professional career has been based at Stony Brook and it has been a wonderful experience, including the great honor and privilege to serve as Dean. My enthusiasm for SoMAS and SBU remains exceedingly high, but the NSF position provides an unparalleled opportunity for me to work on ocean science and policy issues in D.C. on a national and international scale and to give something back to a premier organization (NSF) that has been instrumental to my career and the careers of so many other students and faculty. I look forward to the challenge”.

As one of the world’s leading experts on the ecology of marine fishes and fisheries science, Conover has authored over 100 papers including many in leading journals such as Nature and Science. His most recent research, funded by the NSF and the Institute for Ocean Conservation Science, involves determination of the long-term evolutionary (Darwinian) impacts of size-selective harvest regimes on the productivity of marine fish stocks.  In 1997-98, Conover was named as the first recipient of the Mote Eminent Scholar Chair in fisheries ecology, a prestigious international award honoring those who have made major advances in the understanding of harvested marine resources. He also received the Aldo Leopold Leadership Fellowship in 2005.

“I am proud David has accepted this Directorship with the NSF,” said Eric W. Kaler, Provost and Senior Vice President for Academic Affairs. “This appointment is the lead position in Ocean Sciences, which is the largest division at NSF, and it is great recognition of David’s work at Stony Brook.  Personally, I will very much miss his leadership and his sound advice.”

In this position Conover will oversee a budget in excess of $300 million, including several major international programs such as the International Ocean Drilling Program (IODP), the Ocean Observatory Initiative (OOI), and the core programs in Ocean Sciences. Conover will also represent NSF on many of the inter-agency committees that involve ocean science and policy issues on a national and international scale in Washington D.C.

For local editors: Conover resides in Stony Brook, NY with his wife Margaret. They have two children, Adam and Emily.

The National Science Foundation (NSF) is an independent federal agency that supports fundamental research and education across all fields of science and engineering. In fiscal year (FY) 2010, its budget is about $6.9 billion. NSF funds reach all 50 states through grants to nearly 2,000 universities and institutions. Each year, NSF receives over 45,000 competitive requests for funding, and makes over 11,500 new funding awards. NSF also awards over $400 million in professional and service contracts yearly. – See more at: http://commcgi.cc.sunysb.edu/cgi-bin/am2/admin.cgi#sthash.93swK5R2.dpuf