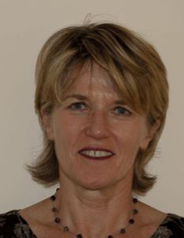 STONY BROOK, NY, April 26, 2012 – The Center for Survey Research at Stony Brook University polled Long Island small businesses on behalf of Bethpage Federal Credit Union and found small business owners believe that the benefits of business ownership continue to be strong, despite difficult times for national and local economies. Of the business owners who participated in the survey, fifty-eight percent reported that “being one’s own boss” left them satisfied with their ownership decisions.

Women business owners were far more likely than male owners to say that owning a business had a positive effect on their marriage and family life with 54% citing “flexible working hours” as the best thing personally about owning a business.

38% of small business executives cited the economy as an ongoing and significant challenge to business growth. Among the other biggest obstacles cited were sales/new businesses/clients/customers (14%) and lack of consumer confidence (10%). Other obstacles mentioned by at least some businesses included the high cost of doing business and living on Long Island, health care costs, taxes and competition.

The research was conducted under the direction of Leonie Huddy, PhD, Director of the Center for Survey Research and a Professor in the Department of Political Science at Stony Brook University. “A significant feature of the study was a dedicated set of questions for small business owners.  We believe that this is the first time a rigorous study was conducted which concentrated on this critical business segment,” said Dr. Huddy. “We hope that the survey’s findings will contribute to positive changes supporting small businesses for a more vibrant Long Island economy.”

“Small businesses make up 85% of businesses on Long Island and are often in the incubation phase. To help them mature into larger businesses, we must understand the issues they face and their impediments to growth,” said Kordeleski. “The future of Long Island depends upon our ability to nurture the growth of small businesses and provide them with the tools that will make it possible for them to succeed.”

When asked to identify positive forces for change, 48% of overall survey respondents expressed confidence that local business leaders will make progress this year toward improving business conditions, while just 21% of respondents expressed the same confidence in the federal government and 33% said they anticipated that local government would take constructive steps.

Progress also requires tremendous personal effort. Forty percent of small business owners say they now work more than 50 hours per week or more, with 20% working from 51 to 60 hours and the other 20% working 60 hours or more. 37% said they work 40 hours or less per week, with 19% working from 41 to 50 hours.

Half of all businesses participating in the survey said they had changed the way they communicated with clients and customers in the last five years. Of businesses that used social media, most (59%) said it has helped to increase their sales volume.


About the Stony Brook University Center for Survey Research

The SBU Center for Survey Research is a high-quality survey research facility that conducts telephone, web, and mail surveys on Long Island, New York state and the nation. The Center received initial funding in 2000 from the National Science Foundation and has conducted numerous polls and surveys funded by Newsday, Suffolk county, the Long Island Sound Study group, New York state, the National Science Foundation, the Environmental Protection Agency, various other government agencies and local non-profit groups. Professor Leonie Huddy, Director of the Center for Survey Research, frequently appears on national CBS radio as an exit poll analyst. Polls conducted by the center have received extensive media coverage in Newsday, the New York Times and other news sources around the country. A more complete description of the projects conducted by the Center for Survey Research can be found at http://www.sunysb.edu/~surveys/.