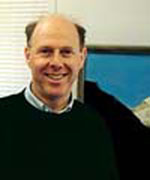 
As part of the Year 7 interview, couples were asked, “During the past month, how often did you feel that your marriage was in a rut (or getting into a rut), that you do the same thing all the time and rarely get to do exciting things together as a couple?”

Until recently, most marital research has focused on eliminating problems, but some studies indicate that a larger problem faced by many long-term couples is simple boredom and lack of excitement. Indeed, a number of studies by Aron, a professor of social psychology at Stony Brook University, and his associates have shown that having couples do exciting things together leads to increased marital happiness. However, those previous studies were all short-term experiments or one-time surveys.  The present study provides the first direct evidence of a significant long-term negative effect of marital boredom.


In addition to the basic finding, another major conclusion from the study was that the way the process appears to work is through closeness. That is, being bored reduces closeness, and this reduced closeness is what in turn causes the reduced satisfaction.

“It is not enough for couples to be free of problems and conflicts,” notes Aron. “The take-home message of this research is that to maintain high levels of marital quality over time, couples also need to make their lives together exciting.”

Specifically, Aron’s earlier studies show that couples can make marriage better by doing things together on a regular basis that are new or challenging. The present findings show that the effect can last for years. Thus, based on this research, Aron recommends that married couples have a date night, every week, in which they do something together that they have never (or rarely) done before, something that is not just enjoyable, but in some way exciting. – See more at: http://commcgi.cc.sunysb.edu/cgi-bin/am2/admin.cgi#sthash.VMExuM7U.dpuf