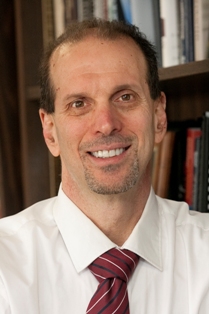 Jeffrey Segal, PhD, to be inducted into one of the nation’s most prestigious honorary societies

STONY BROOK, NY, April 20, 2012 – Jeffrey A. Segal, PhD, a SUNY Distinguished Professor and Chairman of the Department of Political Science at Stony Brook University, is one of 220 newly elected members of the American Academy of Arts & Sciences, one of the nation’s most prestigious honorary societies and the leading center for independent policy research. He will be formally inducted at a ceremony at Academy headquarters in Cambridge, Massachusetts on October 6, 2012.

The current membership includes some of the world’s most accomplished leaders from academia, business, public affairs, the humanities and the arts. Among the new fellows of the Academy are winners of the National Medal of Science, the Lasker Award, the Pulitzer and the Shaw Prize, the Fields Medal; MacArthur and Guggenheim fellowships; the Kennedy Center Honors; Grammy, Emmy, Academy and Tony awards; the Avery Fisher Prize and Rock and Roll Hall of Fame members.

“This is an enormous honor to be voted into the American Academy of Arts and Sciences,” said Dr. Segal. “I need to thank the Academy fellows for voting me in, my Political Science colleagues who have given me an extraordinary work environment for the past 30 years, and my family, for making all the successes worthwhile.”

Dr. Segal, a 2011 Guggenheim Fellow, is being recognized for contributions to the field of political science. In recent years, Dr. Segal and colleagues conducted research on whether the Supreme Court is more likely to restrict liberties during wartime or other crises than during peacetime (1941-2002). The findings were first published in the New York University Law Review in 2005. Dr. Segal is now expanding upon this research to include the years 1793-2010.

“Jeffrey is one of the most regarded scholars and authors in his field,” said Dennis N. Assanis, Provost and Senior Vice President for Academic Affairs at Stony Brook. “His expertise on the Supreme Court and research into the decisions made during times of peace and war can potentially change how landmark decisions are viewed in the light of history. This is a great honor for Jeffrey, whose knowledge and expertise will be invaluable to the Academy.”

Dr. Segal has served as a Global Research Fellow at the Hauser Global Law School Program at the NYU School of Law, a Fellow in the Law and Social Sciences Program at Northwestern University and as a Fellow at the Center for the Study of Democratic Politics at Princeton University. He has co-authored seven books, including Majority Rule or Minority Will: Adherence to Precedent on the U.S. Supreme Court (Cambridge 1999, with Harold Spaeth) which won the C. Herman Pritchett Award for best book in law and judicial politics, and The Supreme Court and the Attitudinal Model (Cambridge 1993, also with Harold Spaeth) which won the Wadsworth Award (2005), for book or article, ten years or older, that has had a lasting influence on the field of law and courts.

“Election to the Academy is both an honor for extraordinary accomplishment and a call to serve,” said Academy President Leslie C. Berlowitz. “We look forward to drawing on the knowledge and expertise of these distinguished men and women to advance solutions to the pressing policy challenges of the day.”

Dr. Segal’s published articles include “Predicting Supreme Court Cases Probabilistically: The Search and Seizure Cases, 1962-1981” (American Political Science Review, 1984), which also won the Wadsworth Award (2002) for lasting influence. His article “The Supreme Court During Crisis” (NYU Law Review, 2005, with Lee Epstein, Daniel Ho, and Gary King) won the McGraw-Hill Award (2006) for best article published by political scientists on law and courts. Segal has served on the Board of the Law and Social Sciences Program at the National Science Foundation and as President of the Midwest Political Science Association. He earned his BA and MA from SUNY Albany and his PhD in political science from Michigan State University.

Founded in 1780 by John Adams, James Bowdoin, John Hancock and other prominent early-American leaders, the Academy has been electing leading “thinkers and doers” from each generation, including George Washington and Benjamin Franklin in the 18th century, Daniel Webster and Ralph Waldo Emerson in the 19th century and Albert Einstein and Winston Churchill in the 20th century. Current membership includes more than 250 Nobel laureates and more than 60 Pulitzer Prize winners.