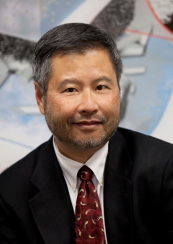 Chair of the Department of Chemistry at Stony Brook University has been appointed to the position of Vice President for Research at Stony Brook effective May 1, 2012, announced President Samuel L. Stanley Jr., MD.

As Vice President for Research, Dr. Hsiao will serve as the chief research officer/senior academic administrator at Stony Brook University, one of only 61 members of the prestigious Association of American Universities (AAU). He is responsible for the campus-wide advancement of Stony Brook’s research mission through strategic planning. He will oversee the Research Foundation, supervise all Stony Brook University research administration activities and functions, and is the primary advocate for the University’s research enterprise on a state, national and international level. He will serve as a chief advisor to the President and will assist the President and the Provost, Dennis N. Assanis, with activities related to Brookhaven Science Associate’s management of Brookhaven National Laboratory (BNL) to increase joint research endeavors between the University and the Laboratory.

“Ben is a distinguished educator, scholar and administrator, as he has demonstrated in his role as Chairman of the Department of Chemistry,” said President Stanley. “He will be instrumental in helping Stony Brook fully leverage its vital partnerships with Brookhaven National Laboratory and Cold Spring Harbor Laboratory, and I look forward to working with him as Stony Brook’s research trajectory continues to rise.”

As Chairman of the Department of Chemistry, Dr. Hsiao has been immersed in collaborative efforts with BNL. He is currently spokesperson for the Advanced Polymers Beamline (X27C) National Synchotron Light Source (NSLS), the first synchrotron facility in the United States dedicated to materials research (with emphasis on polymers) using combined X-ray scattering and X-ray diffraction techniques. He is also Co-Director for the Joint Photon Sciences Institute (JPSI) between BNL and Stony Brook, which serves as a gateway for NSLS and NSLS-II to promote and sustain synchrotron technique innovation and synchrotron research knowledge transfer to the user communities and to other synchrotron facilities in the United States and throughout the world.

In his new role, Dr. Hsiao will also work closely with the Vice President for Economic Development and be instrumental in Accelerate Long Island, a groundbreaking initiative between the region’s top research institutions, the Long Island Association and the Town of Brookhaven, to create a research corridor or “innovation alley” that promotes innovation, collaboration and entrepreneurship in fostering growth of a high-tech economy to create new jobs and businesses on Long Island.

Robert Haltiwanger, Professor and Chair of Biochemistry and Cell Biology, chaired the Vice President for Research search committee, and said that it was Prof. Hsiao’s experience as a funded researcher as well as his experience as an administrator that elevated his candidacy.

The Vice President for Research at Stony Brook fosters, encourages, and facilitates excellence in scholarship, research and creative activities, as well as teaching, training and public service as they relate to these purposes. In this role, Dr. Hsiao will be a staunch advocate for investment in research infrastructure, and under his leadership, the Research Office will strive to advance translational research for successful technology transfer and economic development, explore opportunities for funding in the humanities including interdisciplinary and collaborative possibilities, and ensure compliance with all applicable laws and regulations related to the responsible conduct of research.

Dr. Hsiao joined Stony Brook in 1997 as an Assistant Professor of Chemistry, was appointed as a full Professor in 2002 and in 2007, he became Chair of the Chemistry Department. Under his leadership, Chemistry at Stony Brook has been identified as one of the top departments in the nation, and designated a National Landmark for the invention of Magnetic Resonance Imaging (MRI) by the American Chemical Society.

In 2011, Dr. Hsiao was named a Fellow of the American Association for the Advancement of Science (AAAS) for his contributions to the fields of polymer sciences, water purification, chemical research and education. He is also a Fellow of the American Physical Society (2002), a Fellow of the American Chemical Society (2011), and a recipient of the Chang-Jiang Professorship from the Education Ministry of China (2008). He has published more than 365 peer-reviewed scientific papers, 37 reviews and chapters in books and encyclopedias, 220 conference proceedings, 14 issued and 18 pending patents and has edited two books. He has given more than 230 invited lectures in universities, governmental and industrial research institutes and more than 445 presentations in national and international scientific meetings.

Born and raised in Taiwan, Dr. Hsiao received his BS degree in Chemical Engineering from National Taiwan University in 1980. Two years later, he came to the United States for graduate studies, receiving his PhD degree in Materials Science at the University of Connecticut and his post-doctorate training in Chemistry and Polymer Science & Engineering at the University of Massachusetts. He later joined the E.I. DuPont Company as a staff scientist in the Experimental Station in Wilmington, Delaware, and spent eight years in research and development before joining Stony Brook.