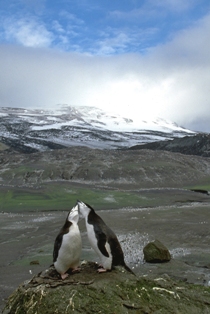 Registration is free, and the deadline to register is March 27. Forms can be downloaded from lynchlab.com and emailed to
polar_ws@life.bio.sunysb.edu
or mailed to: Dr. Heather Lynch, Ecology and Evolution Department, 640 Life Sciences Bldg., Stony Brook University, Stony Brook, NY 11794.