Are Toucan Sam and Ronald McDonald Influencing Your Beliefs About Food as an Adult? 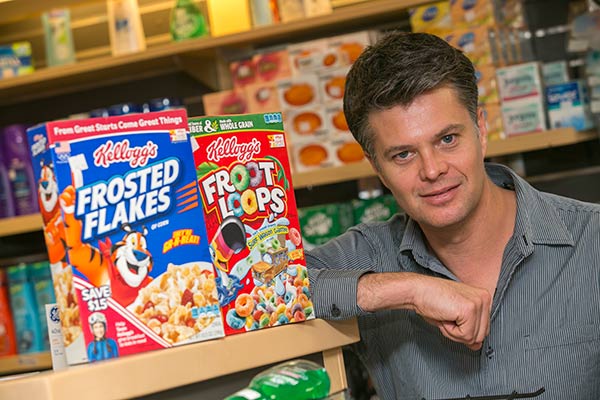 Are Toucan Sam and Ronald McDonald Influencing Your Beliefs About Food as an Adult?

Stony Brook, NY, March 13, 2014 — What’s learned early is learned well and that is especially true when it comes to brand loyalty, research shows. Exposure to ads featuring happy and fun characters in childhood can lead to enduring biases as kids grow up. Research done by Paul M. Connell, assistant professor, Stony Brook University’s College of Business, and colleagues, suggests just that. Their results can be found in their published paper in the June 2014 issue of Journal of Consumer Research, titled “How Childhood Advertising Exposure Can Create Biased Product Evaluations That Persist into Adulthood.”

From a very young age, children are targeted with advertising messages that emphasize fun and happiness, especially for food products and toys. The study found that children develop emotional connections to advertising characters, which lead to biases that carry over into their adult lives and are often difficult to change.

“This research is an initial investigation into long-term effects of exposure to ads in childhood,” said Connell.  “We found that early exposure to ads can lead to positive feelings toward objects in the ads such as characters. In turn, these positive emotions are likely to lead to biases that favor the products associated with the advertising.”

In four studies, the authors examined adults’ judgments of the healthiness of various products, some of which were heavily advertised in their childhood years. Participants viewed images of characters that would have been widely advertised when they were children. Researchers used advertising characters that represented less healthy food options, such as Toucan Sam and Kellogg’s Froot Loops.

Study results showed that when exposed to advertising using characters before age 13, people develop positive long-term feelings towards the characters and the brands’ nutrition for years to come.

Additionally, the researchers found that people who harbor strongly positive feelings toward the advertising character resist changing their minds about the products featured in the ads. Researchers found that exposure to advertising in childhood (before age 13) can indeed create biases that favor the products that are supported by the ads. That is, people rated presweetened cereals and French fries as healthier when they were exposed to ads for these products as children. The results show that biases caused by ads are stronger than biases caused by fond memories of

In addition, it was found that people resist changing their minds about the products featured in the ads if they continue to harbor strongly positive feelings toward the advertising characters. Researchers discovered that these effects are not limited to the products that were originally advertised. That is, if people continue to have positive feelings toward advertising characters, then they also rated fictitious new brand extensions as healthier.

The findings may give some insight into public health and safety campaigns aimed at children. Companies producing health-oriented media campaigns targeted at children could aim to relate to children on an emotional level, for example, by emphasizing loveable characters and fun narratives.

“A lot of children’s advertising has been around for decades, or even more than a half a century,” Connell said. “Parents will want to consider that their judgments for products associated with ads they saw when they were children themselves might be clouded.”