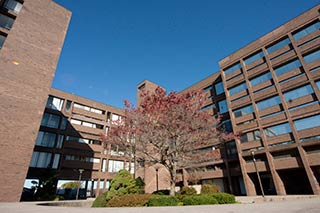 STONY BROOK, N.Y., March 13, 2014 – Stony Brook University is home to 12 of the highest ranked programs in graduate education in the nation, according to U.S.News & World Report’s “America’s Best Graduate Schools”.  Stony Brook’s School of Medicine increased in the ranking to 56th and the School of Engineering was ranked 69th overall. The top ranked graduate program for Stony Brook continues to be Physics, which was ranked 23rd. The annual rankings focus on programs in Business, Education, Engineering, Law, and Medicine, and reflect data from surveys of more than 1,500 schools and more than 12,000 graduate programs.

All the rankings will be included in the 2015 U.S.News & World Report’s “America’s Best Graduate Schools” publication.