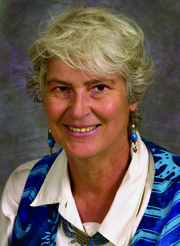 A team headed by two Stony Brook professors, Elizabeth Stone and Paul Zimansky, found evidence of an ancient settlement during the first archaeological excavation in Iraq outside of Kurdistan by any foreign team in a decade and the first by an American team in more than 20 years. Professor Stone, Department of Anthropology, and Professor Zimansky, Department of History, uncovered evidence of a herding or marsh-based settlement at the ancient Mesopotamian site of Tell Sakhariya in what is now southern Iraq. The settlement, which lies six kilometers (just under four miles) from the ancient city of Ur, Biblical birthplace of Abraham (Abram), dates back to the middle of the second millennium BC.

“Our evidence suggests a transient population and consists of hearths, pits and the like,” Stone said, noting the lack of any architectural remains at the site. “We will need the analysis of both plant and animal remains to be complete before we can determine whether this was a settlement focused on herding or marsh exploitation. This data is not only important because it provides evidence of what was going on in the south during a time when we have, heretofore, had no evidence, but also because we have long known that there were marsh and herding settlements within Mesopotamia, but have never had any direct evidence for them.”

The team also found evidence of an important earlier settlement at Tell Sakhariya dating back to the late third millennium and early second millennium BC. “We now have parts of 10 cuneiform inscriptions, stamped bricks and inscribed clay nails, indicative of royal building activity,” Stone said. “Part of that activity seems to have focused on what we believe to be a large clay platform, the kind of structure often used to support important buildings. We need to conduct more in-depth remote sensing methods in the future which will allow us to map and analyze this structure.”

Since returning, the team has received permission from Mahier Dahli Ibrahim Al-Hadithi, the Iraq Minister of Culture, to excavate at Ur, which would be the first major dig at the site since it was first excavated between 1922 and 1934 by a joint expedition of the British Museum and the University of Pennsylvania under British Archaeologist Sir Leonard Woolley. By digging beside the areas that were excavated then, Stone said her team hopes to learn more about the people who lived in what was one of the major cities of the ancient Sumerian civilization.

“We have the possibility of providing contextual information that makes Woolley’s data more useful than it has been. It would add value to one of the most important existing excavations,” said Stone. “It’s a wonderful opportunity because it’s a place where you could expect to find the remains of people’s houses, the daily stuff they left in it, but also their written tablets and their burials. It would help us to know not just what they were but who they were.”