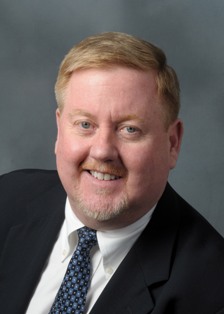 announced President Samuel L. Stanley Jr., M.D. In this position, Kielt will report directly to the President and oversee the Division of Information Technology in its charge to provide, operate and maintain computing and telecommunication facilities, equipment and services that meet the needs of the educational, research and administrative programs of the University. He will also collaborate with the CIO of Stony Brook University Medical Center in the development of information systems to foster collegial interaction across Nicolls Road.

“We are pleased to have Chris to guide our information services, a responsibility that has become increasingly important for all universities in today’s world,” said President Stanley in making the announcement. “It is especially vital to Stony Brook as we look to the future and move forward to the next level of excellence.”

During his long tenure at Yale, Kielt developed and led technology projects in facilities, healthcare, student systems, and finance. In 2010, he was appointed Deputy Chief Information Officer and was responsible for Yale’s Information Technology infrastructure, client support organization, project management office, application development and support, as well as the University information security organization.

In addition, he served as the Deputy Director for Operations for Yale’s 30,000-member staff model health maintenance organization from 1997-2005, where his responsibilities included finance, claims, billing, IT, facilities, member services, human resources and communications.

Kielt holds a B.A. in English om Fairfield University and a M.A. in English Literature from University of Notre Dame. He began his career in 1981 as a Senior Financial Analyst at MediFlex Systems Corporation in Atlanta. In 1984, he joined Kreg Corporation in Wilton, Connecticut, where he was Manager of Support Services until he joined Yale University in 1987 as Manager of Computer Services for the School of Management.

A native of Freeport, New York and a graduate of Chaminade High School in Mineola, Mr. Kielt lives in New Haven, Connecticut with his wife, Patti. They are the parents of two grown sons, Matthew and Michael.