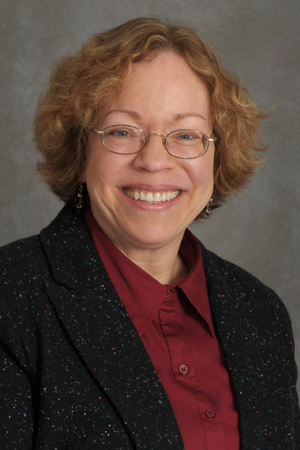 STONY BROOK, N.Y., January 18, 2011 – Jessica Gurevitch, Ph.D., Professor and Chair of the Department of Ecology and Evolution at Stony Brook University, has been named a Fellow of the American Association for the Advancement of Science (AAAS) in the

Biological Sciences. Dr. Gurevitch was honored “for influential research in both ecology and statistics, including pioneering the application of meta-analysis and spatial statistics in ecology and evolution.”

“Being elected AAAS Fellow is an honor, and I am grateful for the recognition of my contributions and the influence of my work,” Dr. Gurevitch said. “I am delighted and humbled to be asked to join this  group of outstanding scientists and scholars.

Dr. Gurevitch’s research interests are in plant ecology and statistical applications in ecology. Her work has largely focused on population and community ecology. Major current interests are plant demography in disturbed environments, the ecology of biological invasions, and meta-analysis in ecological research.

Dr. Gurevitch introduced contemporary quantitative research synthesis and meta-analysis to the fields of ecology and evolution, changing the way scientists in these fields conceptualize and review scientific data. This work has been controversial and highly influential. It grew out of her interests in applying rigorous statistical methodology to the analysis of ecological data and the design of ecological experiments. In addition to giving many invited and keynote talks on this and other aspects of her research, she has convened a number of high profile workshops and working groups at the National Center for Ecological Analysis and Synthesis, and at the National Evolutionary Synthesis Center.

She has published influential papers on various other statistical applications in ecology, including spatial statistics and repeated measures, collaborating with statisticians to bring powerful and effective statistical tools to this field. Her bestselling co-edited book, The Design and Analysis of Ecological Experiments (Scheiner and Gurevitch), went through two editions and has influenced a generation of young ecologists. Dr. Gurevitch is also known for carrying out important fieldwork in plant population and community ecology, and her work has been highlighted in several ecological textbooks. Many of her papers are highly cited.

Dr. Gurevitch is the lead author on the major undergraduate textbook in her field, “The Ecology of Plants” (Gurevitch, Scheiner and Fox). A popular teacher at both graduate and undergraduate levels, she was honored with an award for graduate teaching excellence. Dr. Gurevitch has mentored numerous graduate students at the Masters and Ph.D. levels, and many undergraduate and high school students in independent research (including two of the latter who earned national semi-finalist status for their work in national science competitions). As Chair of the Department of Ecology and Evolution Department, she has worked to advance and support teaching and research excellence through a variety of initiatives, among other accomplishments. She has served in many other roles as a highly regarded scientist and in a leadership capacity, including serving as a National Science Foundation Program Director in Population Biology and on the re-accreditation team reviewing the University of Massachusetts at Amherst. She is an Associate Editor on two influential scientific research journals, Ecology Letters and Biology Letters. She served as Executive Vice President of the Society for the Study of Evolution.

Dr. Gurevitch received a B.S. in Biological Sciences/Ecology, Evolution & Systematics from Cornell University and a Ph.D. in Ecology and Evolutionary Biology from the University of Arizona.

Founded in 1848, the AAAS is the world’s largest general scientific society, and publisher of the journal,
Science
, which has the largest paid circulation of any peer-reviewed general science journal in the world, as well as other publications. Election as a Fellow of AAAS is very prestigious, and indicates a recognition by the scientific community of a very high level of scientific achievement. The society includes some 262 affiliated societies and academies of science, serving 10 million individuals. The non-profit society AAAS is open to all
and fulfills its mission to “advance science and serve society” through initiatives in science policy; international programs; science education; and more, according to the AAAS. The group also operates EurekAlert!, the premier science-news Web site.