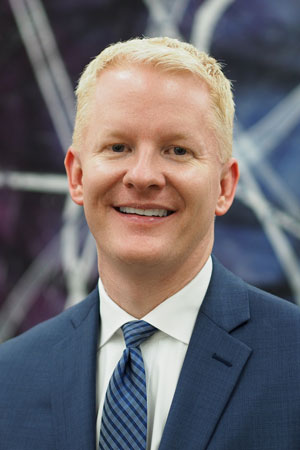 “Rick has ably served in the interim role of this position, and I am pleased that he has accepted the permanent post,” said President Stanley. “His vision for the Division, his institutional knowledge and relationships across campus, and his experience at every level of promoting student success, made him the top candidate. I am confident that he will continue to distinguish himself as a valued member of the senior leadership team.”

“I am honored to be afforded this incredible opportunity to serve our students, faculty, and staff,” said Dr. Gatteau. “The Division of Student Affairs at Stony Brook University is comprised of an outstanding and dedicated team of professionals, and I look forward to leading the group and collaborating with colleagues to ensure the continued success of our students.”

Stony Brook University, widely regarded as a SUNY flagship,  is going beyond the expectations of what today’s public universities can accomplish.  Since its founding in 1957, this young university has grown to become one of only four University Center campuses in the State University of New York (SUNY) system with more than 25,700 students and 2,500 faculty members, and 18 NCAA Division I athletic programs. Our faculty have earned numerous prestigious awards, including the Nobel Prize, Pulitzer Prize, Indianapolis Prize for animal conservation, Abel Prize and the inaugural Breakthrough Prize in Mathematics. The University offers students an elite education with an outstanding return on investment: U.S.News & World Report ranks Stony Brook among the top 50 public universities in the nation. Its membership in the Association of American Universities (AAU) places Stony Brook among the top 62 research institutions in North America. As part of the management team of Brookhaven National Laboratory, the University joins a prestigious group of universities that have a role in running federal R&D labs. Stony Brook University is a driving force in the region’s economy, generating nearly 60,000 jobs and an annual economic impact of $6.4 billion. Our state, country and world demand ambitious ideas, imaginative solutions and exceptional leadership to forge a better future for all. The students, alumni, researchers and faculty of Stony Brook University are prepared to meet this challenge.