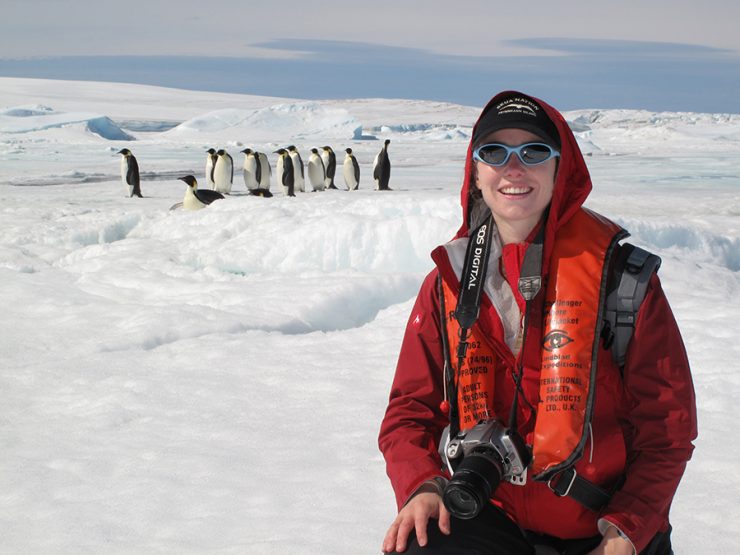 STONY BROOK, N.Y., May 30, 2019 – Heather Lynch, PhD, an Associate Professor of Ecology & Evolution in the College of Arts and Sciences at Stony Brook University, and a faculty member of the University’s Institute for Advanced Computational Science, has been named a finalist in the Blavatnik National Awards for Young Scientists, an annual award sponsored by the Blavatnik Family Foundation and the New York Academy of Sciences. The award recognizes the past accomplishments and the future promise of the most talented faculty-rank scientists and engineers aged 42 and younger at America’s top academic and research institutions.

Dr. Lynch is among 31 research scientists recognized as a finalist and Blavatnik Scholar. The group was selected from a field of 343 nominations from 169 academic and research centers across 44 states. Lynch was named a finalist in the Life Sciences Category, one of three categories for the award.

On June 26, three 2019 National Laureates will be chosen from the 31 finalists. Each winner will receive $250,000 – the world’s largest unrestricted prize for early-career scientists.

Dr. Lynch and her colleagues use field surveys in concert with satellite imagery that tracks the size of penguin colonies in the Antarctic. Using her expertise with advanced mathematical modeling, along with collected data on the spatiotemporal patterns of penguin populations, Dr. Lynch can detect population declines predictive of penguin colony collapse.