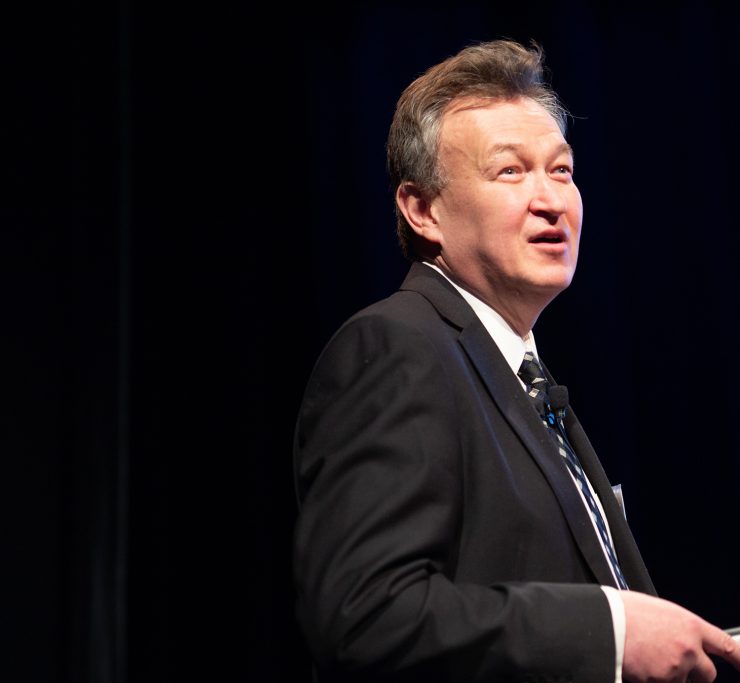 STONY BROOK, NY, June 23, 2021 – Dmitri Kharzeev, PhD, Distinguished Professor and Director of the Center for Nuclear Theory in the Department of Physics and Astronomy in the College of Arts and Sciences at Stony Brook University, has been elected a Foreign Member of The Academy of Europe.

Professor Kharzeev also has a joint appointment with the U.S. Department of Energy’s Brookhaven National Laboratory, of which Stony Brook is part of the management team. He was elected for his groundbreaking work on quantum phenomena that are similar to superconductivity but exist at much higher temperatures. He and colleagues discovered a new class of macroscopic quantum phenomena, specifically the chiral magnetic effect driven by quantum anomalies. This effect is being proposed as a basis for new quantum computing devices.

He joins the Academy in 2021 as a member of the Physics and Engineering Sciences Section. There are 17 newly elected members, all highly accomplished scholars and researchers in multiple fields internationally.

Established in 1988, The Academy of Europe advances the propagation of excellence in scholarship in the humanities, law, the economic, social, and political sciences, mathematics, medicine, and all branches of the natural and technological sciences worldwide for the benefit of the public and advancement of education. It has more than 4,500 members.