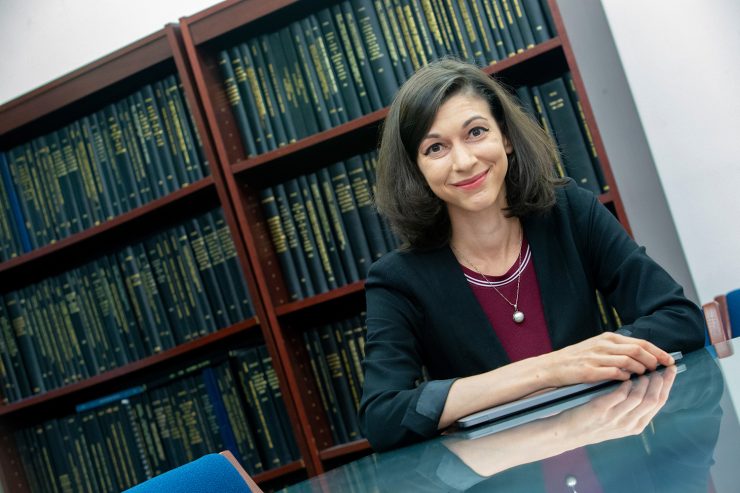 STONY BROOK, NY, October 1, 2019 – Depression is on the rise among adolescents in the United States; in fact, according to the NIH, an estimated 3.2 million U.S. teenagers experience major depression each year. Yet up to 70 percent of adolescents with depression never access treatment, and when they do, more than half fail to respond. By developing brief, accessible interventions for youth psychopathology in depression, bolstered by a five-year, $2 million Early Independence Award (EIA) from the National Institutes of Health (NIH), Jessica Schleider, PhD, an Assistant Professor of Clinical Psychology in the College of Arts and Sciences at Stony Brook University, hopes to reverse this disturbing trend.

Working with a cohort of 300 teens experiencing depression, Schleider’s project, titled “Harnessing Network Science to Personalize Scalable Interventions for Adolescent Depression,” will gauge adolescent depression symptoms and establish a symptom-tailored treatment protocol. She and colleagues will first establish a method of identifying adolescents’ lead symptoms that contribute to their overall disorder of depression. “Networks” of teen depression symptoms will be created using data collected via surveys sent to teens’ smartphones. Then she will evaluate whether teens depressive symptoms can predict their likely response to evidence-based, single-session, computer based interventions that target different symptoms of depression, such as hopelessness or withdrawal from daily activities.

“Professor Schleider’s work to promote accessible mental health services for teenage populations is extraordinary,” said Michael Bernstein, PhD, Interim President of Stony Brook University. “Her receipt of the NIH’s Early Independence Award is testament both to the excellence of her research and to the unique promise it holds for improving social welfare.”

Dr. Jessica Schledier is an Assistant Professor in the Department of Psychology and Clinical Psychology Ph.D. Program at Stony Brook University. She also serves a Faculty Affiliate at the Alan Alda Center for Communicating Science and an Academic Consultant for the Education Global Practice at The World Bank. Dr. Schleider completed her Ph.D. in Clinical Psychology at Harvard University in 2018, along with an APA-accredited Doctoral Internship in Clinical and Community Psychology at Yale University School of Medicine. She graduated with a B.A. in Psychology from Swarthmore College in 2012.

“Harnessing Network Science to Personalize Scalable Interventions for Adolescent Depression,” is funded under NIH grant number 1DP5OD028123-01. For more about Schleider’s research and the issue of depression in youth, see this Q and A.