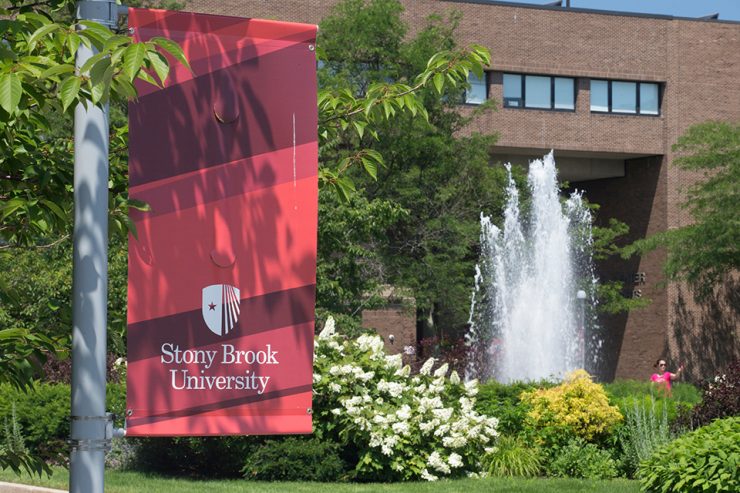 STONY BROOK, NY, January 25, 2022 – Esther S. Takeuchi, PhD, Distinguished Professor and the William and Jane Knapp Chair at Stony Brook University is being honored by the National Academy of Sciences (NAS) and will receive the Award in Chemical Sciences. This award is in recognition of her breakthrough contributions in the understanding of electrochemical energy storage.

Takeuchi, who holds a joint appointment at Department of Energy’s (DOE) Brookhaven National Laboratory, is an internationally recognized inventor, researcher, and educator in the fields of materials science, chemistry and renewable energy. She will be honored in a ceremony during the NAS 159th annual meeting on May 1, 2022, and will receive a medal and prize of $15,000 sponsored by the Merck Company Foundation.

“I am sincerely honored to receive the National Academy of Science Award for Chemical Sciences,” says Takeuchi, also the Knapp Chair Professor of Energy and the Environment in the Department of Materials Science and Chemical Engineering “The fundamental chemistry of electrochemical energy storage is complex and the subsequent development of viable energy storage devices is made even more challenging by the unique demands of each application.”

Takeuchi’s research has been instrumental in energy storage improvements that meet societal needs and can be applied to electric vehicles, medical devices, and batteries that back up the power grid.

“Currently, I have the privilege of coordinating the efforts of very talented collaborators in facilities at Stony Brook, Brookhaven National Laboratory, and at national labs, including dedicated staff scientists, prominent professors, enthusiastic postdoctoral researchers. Our collaborative efforts are designed to yield the needed understanding of electrochemical energy storage necessary for the successful deployment of future energy storage devices for usage in the U.S. and the world including the goal of energy equity among all peoples,” adds Takeuchi.