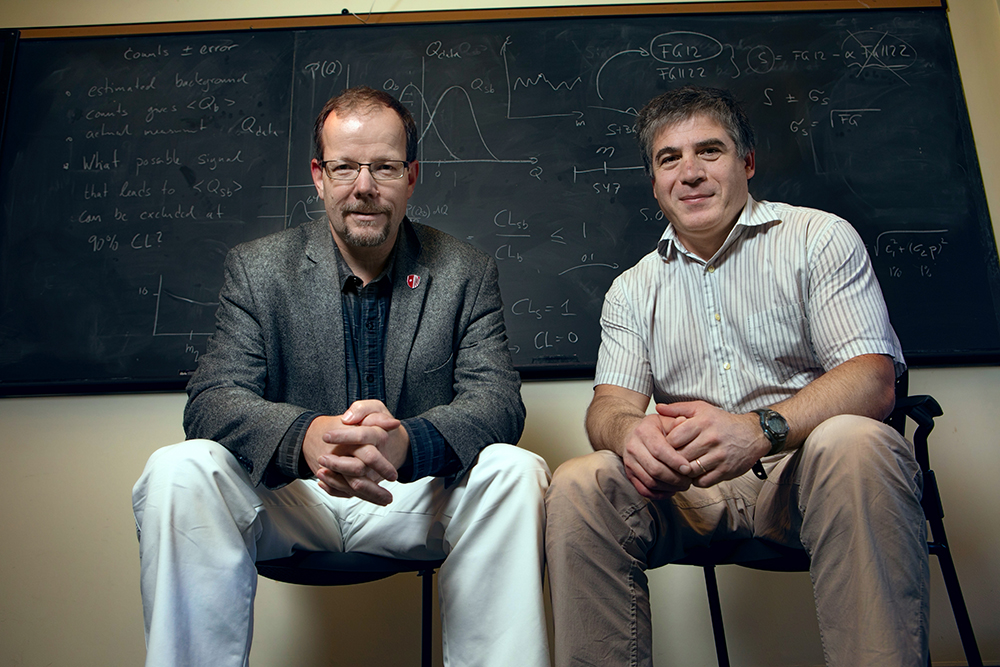 Made up of scientists nationally and internationally, the APS works to advance and disseminate the knowledge of physics through research, education, outreach, advocacy and international activities. The APS fellowship annual election honors members who have contributed extensively to the physics enterprise, by way of research, leadership or education. No more than one percent of the 5,000 plus members are elected in a given year. See this link for the complete list of the 2016 APS Fellows.

Professor Abanov began his tenure at Stony Brook in 2000. He has a passion for physics education and teaches physics and math at all levels from high school to graduate students. The APS nominated him within the Division of Condensed Matter Physics and cited his election as an APS fellow “For pioneering contributions to electronic condensed matter physics using topological and hydrodynamic methods.”

Professor Abanov works in theoretical condensed matter physics. He specializes in strongly interacting electron systems, such as quantum hall systems. In these systems the collective behavior of electrons is essentially determined by quantum effects. Dr. Abanov’s research is characterized by the use of methods of quantum field theory and hydrodynamics in condensed matter theory.

Professor Drees, also Chair of the Department, has been at Stony Brook since 1998. Nominated by the Division of Nuclear Physics, the APS cited his election “For having a leading role in the discovery of the suppression of high momentum hadrons and jet quenching in heavy ion collisions at the Relativistic Heavy ion Collider, and his key contributions to the discovery that hadron properties are modified near the transition to the quark-gluon plasma through the measurement of electron-positron pairs.”

He is one of the lead scientists in the PHENIX experiment at Brookhaven National Laboratory’s Relativistic Heavy Ion Collider (RHIC). RHIC is an atom smasher that allows scientists to create and study tiny droplets of quark-gluon plasma, a hot and dense form of matter in which protons and neutrons melt and their substructure – quarks and gluons – are freed. This plasma is believed to have filled the universe until ten millionths of a second after the Big Bang. Through their contributions to the discovery of jet quenching and other work, Drees and his team helped to demonstrate that quark-gluon plasma is created in collisions of gold atoms at RHIC.

The News in Brief: A new study published in Current Biology reveals that the ability for humans to digest milk (lactase persistence) spread through Central Europe quickly in evolutionary terms. The study tested genetic...