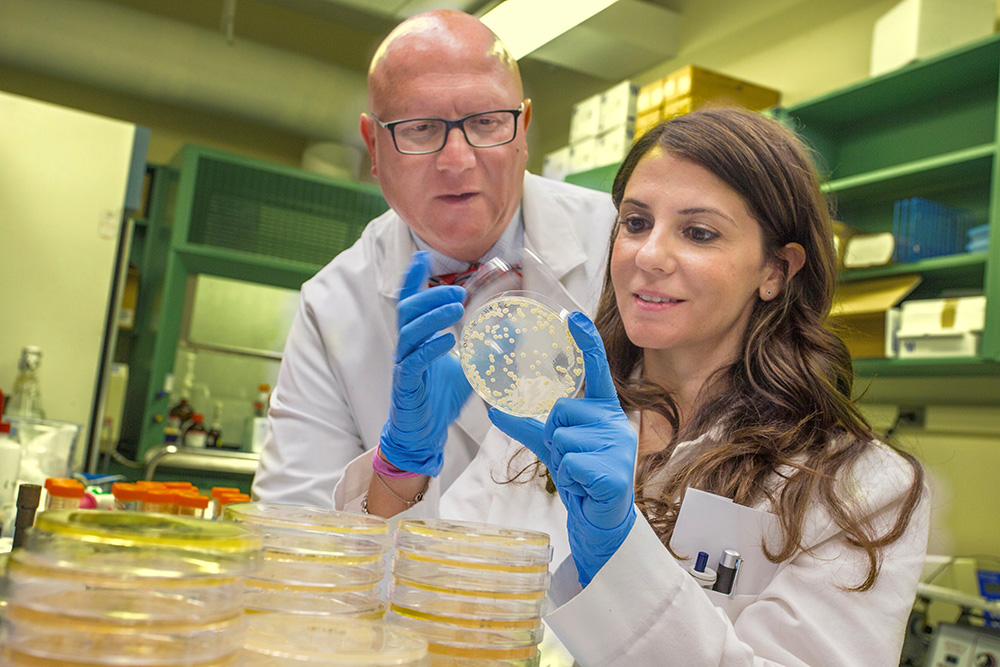 Stony Brook, NY, June 27 2016 – Systemic fungal infections cause more than one million deaths annually, and treatments against these infections are often not effective due to drug resistance or toxicity. Maurizio Del Poeta, MD, a Professor in the Department of Molecular Genetics & Microbiology at Stony Brook University, expects to change the landscape of treatment against fungal infections with new approaches based on his laboratory research and collaborative work with fungal experts worldwide. Recognizing the widespread need for better antifungal treatments and the promise of Dr. Del Poeta’s work, the National Institutes of Health (NIH) is funding his research with two grants totaling $6 million.

Dr. Del Poeta’s laboratory largely uses the fungus Cryptococcus neoformans to test new treatment avenues and potential vaccines. C neformans is a pathogen that causes dangerous and often lethal infections, such ascryptococcal meningitis, particularly in ummunosuppressed patients such as those with cancer or HIV/AIDS.