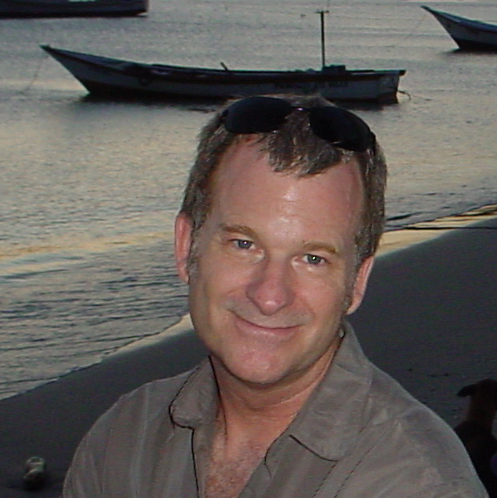 STONY BROOK, N.Y., February 1, 2016 – There are about one million bacteria, thousands of species and untold genetic diversity in just one drop of seawater. This amazing fact and the powerful roles played by marine microbes in shaping the health of the ocean’s ecosystem and our climate has led Gordon T. Taylor, a Professor of Oceanography at Stony Brook University’s School of Marine and Atmospheric Sciences (SoMAS), to focus his research on uncovering the wonders of marine microbial life. Now, a new $800,000 grant from the Gordon and Betty Moore Foundation will enable Professor Taylor and colleagues to develop new microscopy-based technologies to probe this environment at levels not seen before.

“Most microorganisms in the ocean are beneficial, but their roles are still poorly known. We do know that their activities and diversity strongly influence the health and balance of marine ecosystems and therefore our entire planet,” said Professor Taylor. “This is why we need to better define what we call ‘marine microbial communities’ and more fully understand their full impact on ocean health, climate, pollution, and diseases in marine life.”

Led by Professor Taylor, the research team includes Dr. Virginia Edgcomb of the Woods Hole Oceanographic Institution, and Dr. Joaquin Martínez Martínez of the Bigelow Laboratory for Ocean Sciences. Professor Taylor emphasized that the Moore Foundation support enables his team to pursue avenues of marine research that are not often supported by traditional funding sources.

The research team will develop novel technologies to examine organization of marine microbial communities or as coined by Taylor the study of “microspatial seascape ecology”. More specifically, the grant will help advance studies on how marine microorganisms control cycling of major elements in the ocean, primarily carbon but also nitrogen, oxygen and sulfur. The grant will help support the development of cutting-edge techniques to map out three-dimensional distributions of organic resources and community members at spatial scales meaningful to marine microorganisms.

“Our lab will be able to probe and define the marine microenvironment at scales not previously possible and reveal how resources are cycled to micropredators and viruses within plankton communities,” explained Dr. Taylor. “This research will hopefully reveal more about the actual behavior of microbial populations, and about biodiversity, biogeography, and the transmission of infectious diseases within this environment.”

“The support of the Moore Foundation grant serves an essential role in advancing the field of marine ecology,” said Minghua Zhang, PhD, Dean and Director of Stony Brook’s SoMAS. ”With this grant and growing support, the SoMAS Nano-Raman Molecular Imaging Laboratory will emerge as a powerful entity to expand oceanographic research at Stony Brook and in our region.”