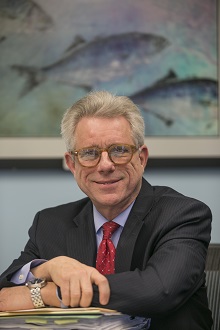 STONY BROOK, N.Y., July 2, 2015 – David O. Conover, PhD, Vice President for Research at Stony Brook University and a Professor in the School of Marine and Atmospheric Sciences (SoMAS), has been named the 2015 recipient of the Oscar E. Sette Award by the American Fisheries Society (AFS). Dr. Conover will receive the award from the AFS’s Marine Fisheries Section at the AFS annual meeting in Portland, Ore., on August 16.