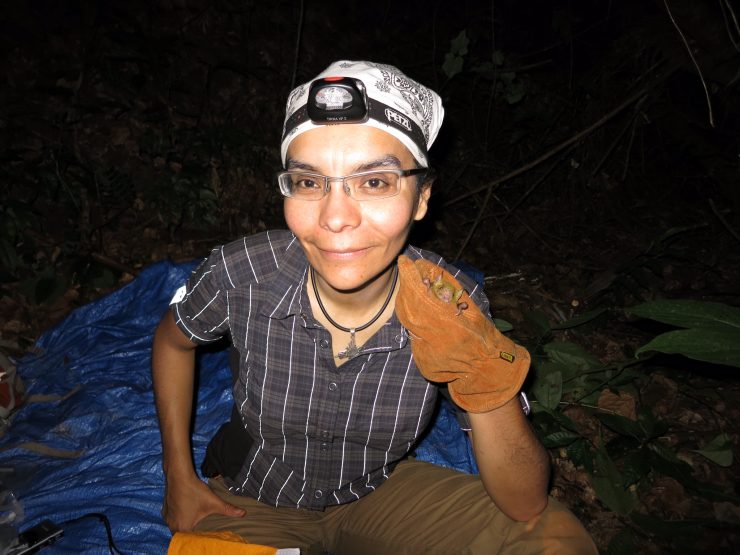 STONY BROOK, NY, September 29, 2020 – Bats are nature’s solution to control insect pests like mosquitos and earworms, they play crucial roles in pollinating plant so they set seed, and they can survive or ward off many viruses. With all these astonishing characteristics of bats that impact earth’s ecology and the lives of people worldwide, a new research network is forming to coordinate bat research and drive it forward. Called the Global Union of Bat Diversity Networks (GBatNet), the network will consist of 14 bat research groups from many institutions. The National Science Foundation (NSF) is providing almost $2 million to three institutions to lead and fund GBatNet. Stony Brook University is one of the three institutions receiving an NSF GBatNet grant.

There are more than 1,400 bat species living worldwide. GBatNet will collaborate and coordinate research with a shared vision to address pressing questions in bat biology related to ecosystems and human health. They will delve further into key aspects of bat biology that are not fully understood such as bat longevity and metabolism, as well as the causes and consequences of population declines, with possible relationships to viruses circulating in bat populations spilling over to other mammals– a trait that is often inaccurately communicated to the public during the Covid-19 pandemic.

“Around the world, bats are important insectivores that save billions of dollars in agricultural pesticides each year, and that is just one of their benefits to society,” says Liliana M. Dávalos, PhD, Professor in the Department of Ecology and Evolution in the College of Arts and Sciences at Stony Brook University and co-investigator. “Our goal with the network of networks is to articulate research from diverse fields, from genomics, to conservation, and including epidemiology, to implement our vision of sustainable bat diversity in a changing world.”

Dávalos’ role in GBatNet is to orient research efforts across all networks and to oversee collaborative and interdisciplinary work that leads to realizing the GBatNet goal.

As part of GBatNet, her project, titled “Bats as a model for understanding global vertebrate diversification and sustainability,” will receive $185,000 from the NSF, starting January 1, 2021.

She adds that in addition to the great value in researching bats, now is an important time because many species are in danger and key habitats vanishing. For example, in North America a fungus introduced by accident has led to millions of dead bats including formerly common species such as the little brown bat In New York State.

The two other funded institutions for the GBatNet are the American Museum of Natural History and Texas Tech University.

According to Dávalos and her international colleagues, this bat “network of networks,” creates a new avenue for global research exchanges and brings together experts in varied scientific disciplines. They hope GBatNet will also lead to further education about bats and global outreach.