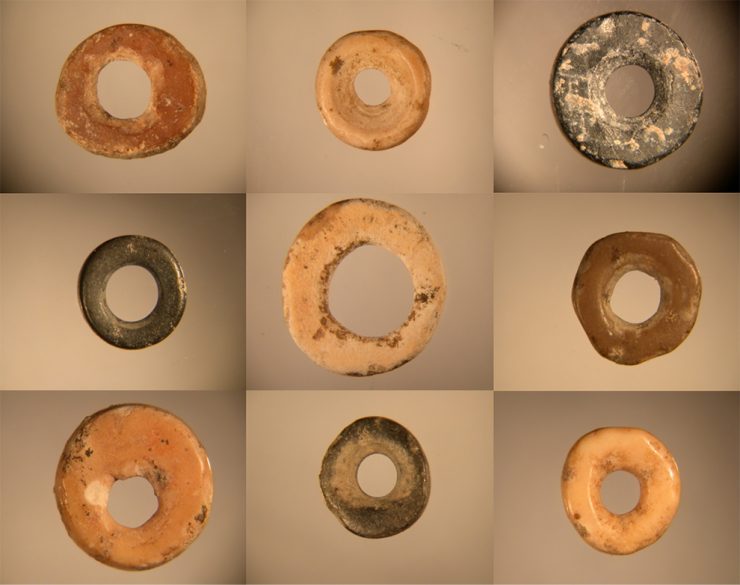 STONY BROOK, NY, February 23, 2022 – Ancient DNA from the remains of nearly three dozen African foragers—groups associated with hunting, gathering, and fishing—sheds new light on how groups across sub-Saharan Africa lived, traveled and settled prior to the spread of herding and farming. The study involved an international team of 44 researchers including experts from Stony Brook University. The findings, to be published in Nature, produced the earliest DNA of humans on the continent, at some 5,000 to 18,000 years old.

The new genetic findings add weight to archeological, skeletal and linguistic evidence for changes in how people were moving and interacting across Africa toward the end of the Ice Ages. Around 50,000 years ago, distinct groups of foragers began exhibiting similar cultural traditions, hinting at the development of exchange networks and interregional connections. The reason for this shift, which archaeologists refer to as the Later Stone Age transition, has remained a mystery.

“We demonstrated for the first time that a major archeological transition some 50,000 years ago associated with profound shifts in technology, symbolism, and so-called ‘modern behavior’ in fact coincided with major demographic changes,” said Elizabeth Sawchuk, PhD, Co-First Author, Research Assistant Professor at Stony Brook University and a Banting Postdoctoral Fellow at the University of Alberta. “We found that ancient foragers across eastern and south-central Africa are a mix of eastern, southern, and central African ancestry, showing there was widespread movement and mixing across sub-Saharan Africa coinciding with the transition from the Middle to Later Stone Age.”

Previous research proposed a genetic cline (or gradient) of variation among ancient African foragers extending from eastern to southern Africa. To the research team’s surprise, this new analysis indicates a three-way cline instead of a two-way cline that includes a central African ancestry – a significant point of future investigation because there has been less archeological research in central Africa than other parts of the continent.

“By associating archaeological artifacts with ancient DNA, the researchers have created a remarkable framework for exploring the prehistory of humans in Africa,” says Archaeology and Archaeometry program director John Yellen of the U.S. National Science Foundation, one of the funders behind this project. “This insight is charting a new way forward to understanding humanity and our complex shared history.”

These six individuals have now yielded the oldest human DNA from sub-Saharan Africa.

The six individuals were analyzed with 28 previously published ancient persons associated with foraging and/or Later Stone Age material culture. The research team also generated higher coverage data for fifteen of these individuals which permitted a more in-depth look at their DNA.

Lewis co-led a team reanalyzing the history of work and collections from the ancient Tanzanian rockshelter site of Kisese II, particularly in the context and dating of the human remains, allowing the collection to be included in the present study. The skeletons from the site were originally excavated in the 1960s but remained unstudied until recently.

“The work is a great example of the unexpected and important results that can come from going back to old museum collections to take another look with new approaches and technologies, in this case using aDNA methods,” said Lewis.

Ancient DNA and archaeological data now both point toward a demographic transition across Africa around the time that beads, pigments, and symbolic art became more widespread. Sawchuk, Lewis and colleagues note that while scientists have proposed shifts in social networks and perhaps changes in populations sizes played a role, such hypotheses have remained difficult to test.

“We’ve never been able to directly explore proposed demographic shifts until now,” explains Sawchuk. “It has been difficult to reconstruct events in our deeper past using the DNA of people living today, and artifacts can’t tell the whole story. The DNA from people who lived around this time provides the missing piece of the puzzle, offering an unprecedented view of population structures among ancient foragers.”

While this three-way population structure can only be explained by widespread movement and mixing in the past, the researchers also note that the traveling and mixing didn’t last.

Individuals in this study were most genetically similar to their geographic neighbors, which suggests that by 20,000 years ago, people had already stopped moving as much. The authors explain this coincides with archaeological evidence for “regionalization” toward the end of the Ice Ages when Later Stone Age industries began to diversity and take on distinctive local attributes. So while stone and beads continued moving through exchange networks, people themselves began living more locally.

Mary Prendergast, the study’s co-Senior Author and Associate Professor of Anthropology at Rice University, said there are arguments that the development and expansion of long-distance trade networks around these ancient times helped humans weather the last Ice Age.

“Humans began relying on each other in new ways,” she said. “And this shift in how people interacted with one another may have been what allowed people to thrive.

“The work also helps address the global imbalance of research, as there are around 30 times more published ancient DNA sequences from Europe than from Africa,” she added. “Given that Africa harbors the greatest human genetic diversity on the plant, we have much more to learn.”

For more information and additional perspective about the findings, see this Rice University press release.

The entire research team included scholars from the United States, Canada, Kenya, Malawi, Tanzania, Zambia and several other countries. Critical contributions to the study came from curators and co-authors from African museums who are responsible for protecting and preserving the remains.