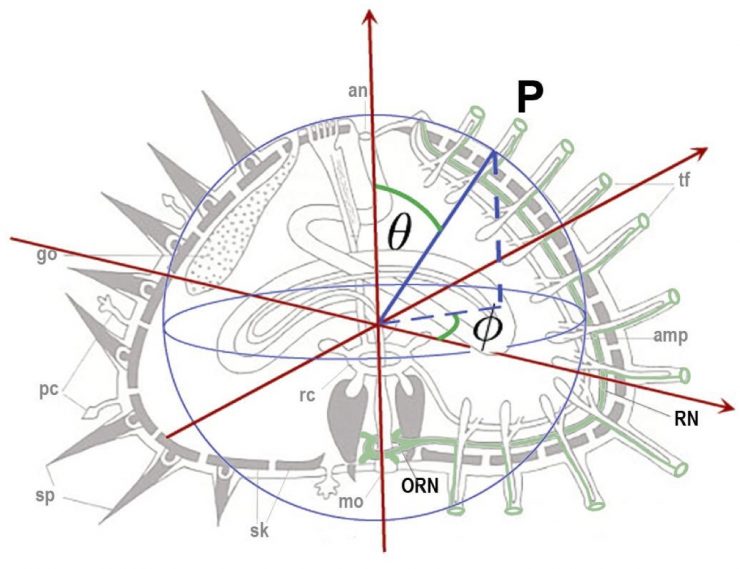 STONY BROOK, NY, April 5 , 2019 – Sea urchins have no eyes, yet they can respond to light and accurately react to visual stimuli by way of photoreceptor cells distributed across numerous “tube feet,” which are small flexible appendages that allow them to move. To better understand this phenomenon that enables this living creature to “see” without eyes and potentially map out the role of photoreceptor cells, an international team of four scientists including Giancarlo La Camera, PhD, an Associate Professor in the Department of Neurobiology and Behavior in the Renaissance School of Medicine and the College of Arts and Sciences at Stony Brook University,  is creating a computational model of what is termed the decentralized, “spherical” vision of the sea urchin from its molecular, morphological and physiological makeup. For this research, La Camera and colleagues will receive a Human Frontier Science Program’s(HFSP) 2019 collaborative research grant. The award is $1.35 million ($450,000 per year) over the next three years.

According to La Camera, the phenomenon of the sea urchin and its ability to respond to visual stimuli is still locked in mystery.

“One would expect an integrated neural control center such as a central nervous system to make sense of the information coming from so many light sensitive cells distributed around the whole body. But there aren’t any in the sea urchin. Instead, a de-centralized arrangement of five radical nerves connected to a nerve ring around the animal’s mouth is the structure that does the job,” explains La Camera. He adds that by studying this unique system via the computational model, scientists may be able to explore new bio-mimetric applications for technologies in which dispersed light detectors control material properties.

La Camera’s collaborators include scientists from the United States, Italy, Germany and Sweden.

HFSP research grants are given for a broad range of international projects under the umbrella theme of “complex mechanisms of living organisms” and fund only cutting-edge and high-risk, high-reward projects. For more about the 2019 HFSP grant recipients, and a list of the recipients, see this HFSP webpage and links, and this news.