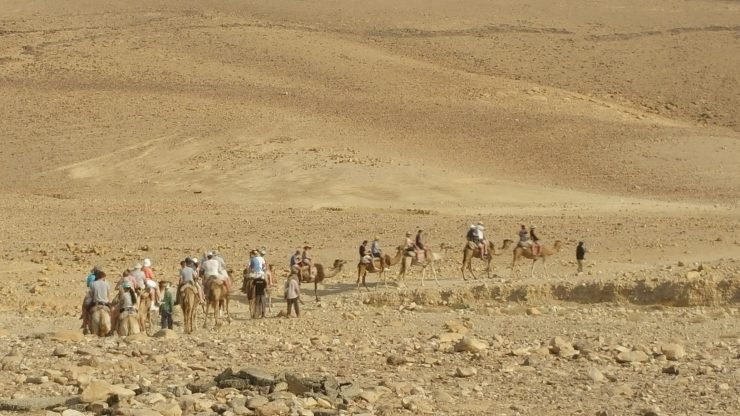 STONY BROOK, NY, April 26, 2022 – Drought and the potential increase in the number of  droughts worldwide due to climate change remains a concern for scientists. A recent study led by Stony Brook University researchers suggests that human migration due to droughts will increase by at least 200 percent as we move through the 21st Century. Based on a series of both climate and social science modeling systems and other social science data, the study findings imply that migration may force the need to adjust sociopolitical policies to offset widespread human displacement in the future. The study is published in International Migration Review.

According to lead author Oleg Smirnov, PhD, Associate Professor in the Department of Political Science at Stony Brook University, the research team worked from an ensemble of 16 climate models to generate drought projections for rest of the 21st Century. They centered on two greenhouse gas emissions scenarios: an optimistic one consistent with the Paris Agreement, and a pessimistic one based on current use of energy and greenhouse gas emissions.

It is important to note that while the Groundswell report assesses human migration projections due to climate change by 2050 in six world regions, this study analyzes potential drought-induced human migration around the entire world for the whole century going forward.

Both Smirnov and co-author Gallya Lahav, PhD, a migration specialist and Associate Professor of Political Science at Stony Brook University, assessed the sociopolitical climates and policies in connection with  the climate models. Co-authors and climate experts Minghua Zhang, PhD, of Stony Brook University’s School of Marine and Atmospheric Sciences (SoMAS), and Tingyin Xiao of Princeton University, generated global drought projections for two emissions scenarios for the period of 2008 to 2100 in order to complete the analysis.

Overall, they project there will be a massive increase in drought-induced migration in the coming years – 200 percent more based on the optimistic climate projections and as high as 500 percent more if world leaders fail to cooperate on climate change mitigation measures.

“One interesting finding is that we also identified a large group of people who will want to migrate but fail to do so as droughts cover large areas of land making possible destinations difficult to get to or inferior to their land of origin,” explains Smirnov.

The authors estimate that this segment of “immobile” people will also increase by about 200 percent in the optimistic scenario, yet almost 600 percent under the “business as usual” or pessimistic scenario.

“Our models make us not only concerned about the increasing number of environmentally displaced people that may spread across the globe, but we are equally, if not more, concerned about the large number of these ‘immobile’ persons – who may be desperate to leave but unable to do so, which may contribute to social suffering and instability,” emphasizes Smirnov.

Furthermore, “given that environmentally-induced migrants largely fall outside of international legal frameworks like the Refugee Convention which protects those fleeing war or conflict, a multi-lateral holistic policy approach is vital in this grey area,” adds, Lahav, a previous consultant to the United Nations Population Division.

Despite the scientific quest to systematically assess and predict future migratory outcomes, the researchers agree that the social science aspect of the study may have additional unknown variables and complexities when projecting because of the political aspects of migration. The authors write “we can only talk about potential migration pressures, as opposed to actual migration, since we do not know how future political responses will affect and potentially constrain future migration flows. Similarly, we do not rely on the absolute number of migrants, since these numbers are sensitive to the arbitrary modeling assumptions.”

As the researchers chart the drought-induced migration models toward the end of the 21st Century, they warn that many countries will have large numbers of migrating peoples. They state that the largest number of people displaced by drought under unmitigated change would occur in these countries: Nigeria, Egypt, China, Turkey, Algeria, Mexico, Morocco, and Venezuela. The projected largest number of immobile persons would be those in Turkey, Mexico, Morocco, Algeria, Brazil, Mali, and China.

Overall, say Smirnov and colleagues, the study findings provide solid evidence that global climate change mitigation would be less costly in terms of human suffering and economic loss from drought-induced migration than policies designed to deal with the overwhelming challenges of unmitigated climate change.

This research is funded by the National Science Foundation (NSF) under the “Cyber-Enabled Discovery and Innovation” collaborative (grant numbers 0940822 and 0940744).