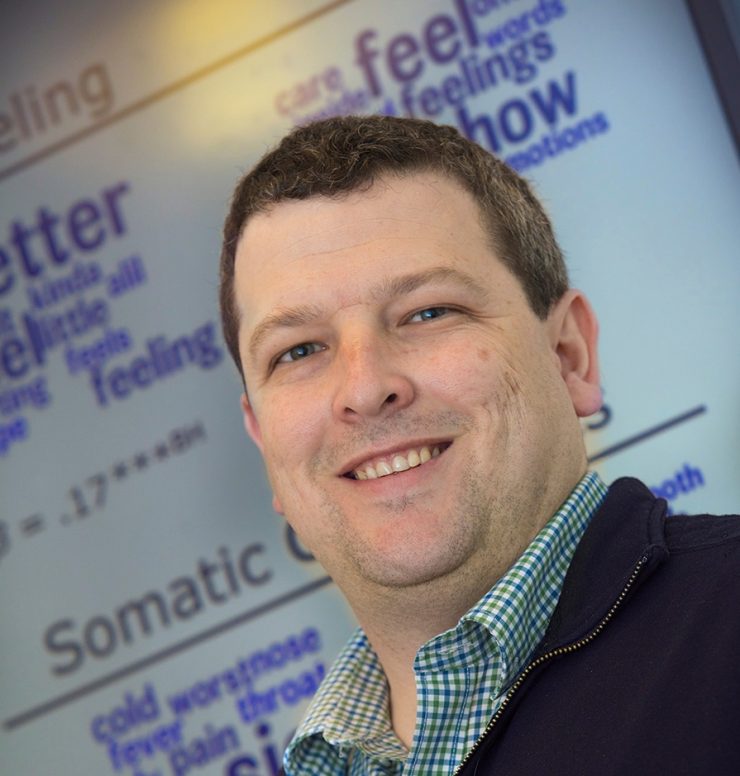 Stony Brook, NY, October 19, 2018 – In any given year, depression affects more than six percent of the adult population in the United States—some 16 million people—but fewer than half receive the treatment they need. What if an algorithm could scan social media and point to linguistic red flags of the disease before a formal medical diagnosis had been made?  Research published in PNAS shows this is now more plausible than ever.  By analyzing social media data shared by consenting users across the months leading up to a depression diagnosis, researchers from Stony Brook University and University of Pennsylvania found their algorithm could accurately predict future depression. Indicators of the condition included mentions of hostility and loneliness, words like “tears” and “feelings,” and use of more first-person pronouns like “I” and “me.”

“What people write in social media and online captures an aspect of life that’s very hard in medicine and research to access otherwise. It’s a dimension that’s relatively untapped compared to biophysical markers of disease,” says H. Andrew Schwartz,  an Assistant Professor in the Department of Computer Science at Stony Brook University, senior paper author and a principal investigator of the World Well-Being Project. “Conditions like depression, anxiety, and PTSD, for example, you find more signals in the way people express themselves digitally.”

For more about this research and its implications, see this video.