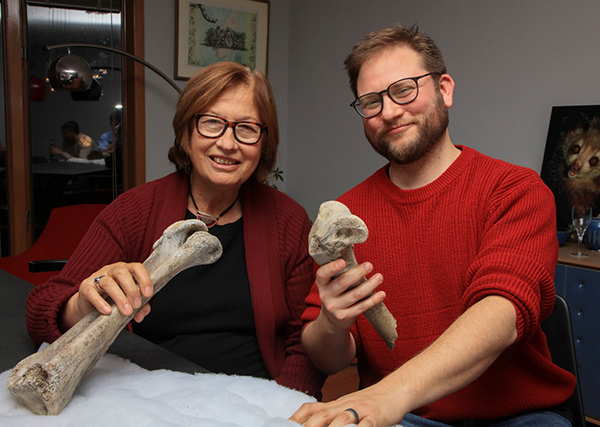 Stony Brook, NY–September 12, 2018 – Humans arrived on the tropical island of Madagascar more than 6,000 years earlier than previously thought based on an analysis of bones from what was once the world’s largest bird, according to a study led by Stony Brook University researcher Dr. Pat Wright and published today in the journal Science Advances.

Dr. Hansford explained that, “We already know that Madagascar’s megafauna – elephant birds, hippos, giant tortoises and giant lemurs – probably became extinct around 1,000 years ago. There are a number of theories about why this occurred, but the extent of human involvement hasn’t been clear.

About ZSL (Zoological Society of London)

Founded in 1826, ZSL (Zoological Society of London) is an international scientific, conservation and educational charity whose mission is to promote and achieve the worldwide conservation of animals and their habitats. Our mission is realised through our ground-breaking science, our active conservation projects in more than 50 countries and our two Zoos, ZSL London Zoo and ZSL Whipsnade Zoo. For more information visit www.zsl.org