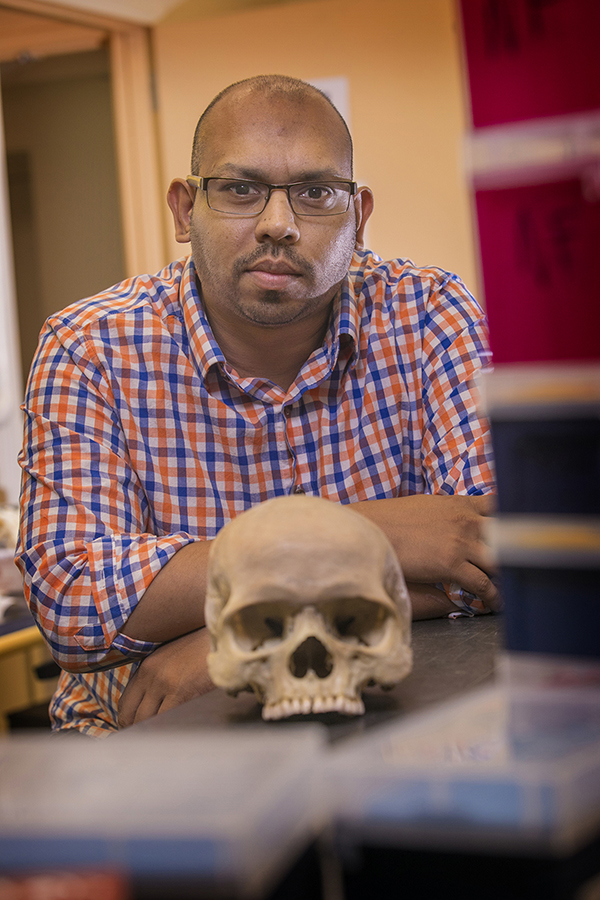 Professor Krishna Veeramah and colleagues receive $10 million from the ERC

STONY BROOK, NY, October 11, 2019 –  Krishna R. Veeramah, PhD, Assistant Professor in the Department of Ecology and Evolution at Stony Brook University and a team of international scientists have received a $10 million Synergy Grant from the European Research Council (ERC) to fund a multidisciplinary study of more than 100 ancient medieval cemeteries across Central Europe that seeks to uncover the history of ancient migration and mobility in the Carpathian Basin.

The project, HistoGenes, will combine research on archeological finds with DNA analyses of ~6,000 ancient European individuals. The Veeramah Lab at Stony Brook lab will lead the genome sequencing, bioinformatics, and population genetic analysis of HistoGenes. Approximately $2 million is being awarded for this purpose of the project. In the United States, HistoGenes is led by Medieval Historian Patrick Geary at the Institute for Advanced Study (IAS).

Histogenes, for the first time, unites historians, archeologists, geneticists, anthropologists, and specialists in bio-informatics, isotope analysis, and other scientific methods in understanding a key period in European history, 400-900 CE.

The main objectives for the project are to explore the impact of mobility on early medieval populations, refine methods of archeogenetic research and establish a multidisciplinary model for future research.

“This funding will help to advance our decade long international collaboration that seeks to better define migration and settlements across Europe at a crucial time in history,” says Professor Veeramah, a population geneticist. “The project is unprecedented in its scale and will provide a high resolution understanding of how modern Europe was formed after the fall of the Roman Empire.”

Previously, Veeramah and Geary led a pilot study published in Nature Communications in 2018, which sequenced the genomes from entire ancient cemeteries to examine the relationship between the genetic background of these communities and the archeological material left behind. For more about this research that laid the groundwork for the new grant and expanding study, see this press release and video.

Going forward, research through the Veeramah Lab and Geary at the IAS will integrate new genomic data from the project with additional data from other disciplines generated by three research teams from Europe.

Synergy grants from the ERC are among the most prestigious grants awarded to researchers around the world “taking on the biggest challenges and most complex research problems.” HisoGenes is among 37 research groups internationally to receive funding from the ERC as part of the Synergy Grant competition.

For more about the ERC announcement, see this press release.