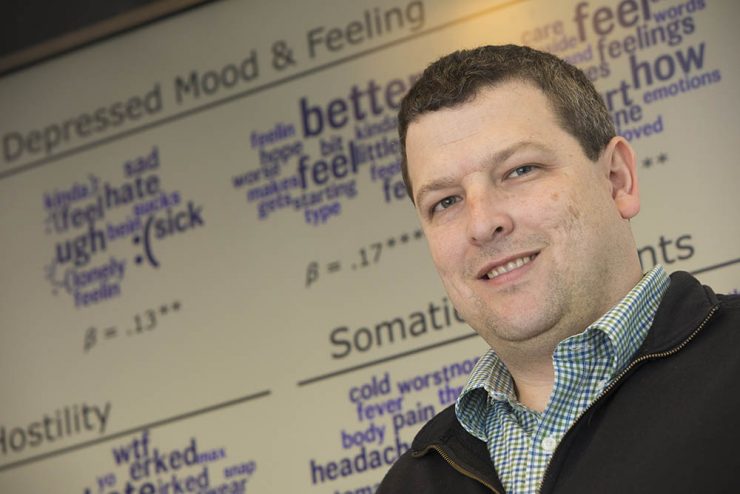 ·         A study in Nature Scientific Reports reveals that language posted on Facebook subtly changes to being more formal before people go to a hospital emergency department (ED).

·         The finding provides evidence that social media language is an often unseen signal of medical distress and could serve as a way to better understand the context in which patients seek care, including during times of societal concerns such as the COVID-19 pandemic.

·         As patients get closer to an ED visit, the researchers found Facebook posts increasingly discussed family and health more.

STONY BROOK, NY, March 13, 2020 – A new study published in Nature Scientific Reports reveals that the language people use on Facebook subtly changes before they make a visit to the emergency department (ED).  A team of researchers in part led by H. Andrew Schwartz, PhD, Assistant Professor of Computer Science at Stony Brook University along with Sharath Chandra Guntuku, PhD, a research scientist in Penn Medicine’s Center for Digital Health, compared patients’ Facebook posts to their medical records, which showed that a shift to more formal language and/or descriptions of physical pain, among other changes, reliably preceded hospital visits. The study provides more evidence that social media is often an unseen signal of medical distress and could be used to better understand the contexts in which patients seek care, such as during the current COVID-19 pandemic.