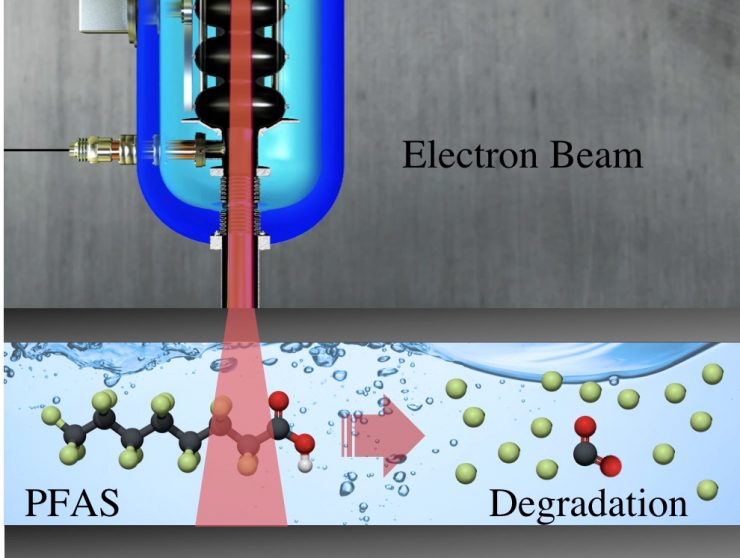 Venkatesan is receiving one-year $281,000 grant that begins in late September to test a novel treatment technology the removes emerging contaminants from drinking water. The research will provide the first demonstration of using electronic beam (e-beam) technology to remove toxic pollutants such as perfluoroalkyl substances (PFAS) and 1,4-dioxane from contaminated drinking water. Existing technologies such as certain types of carbon filters and reverse osmosis systems do not break down these toxic pollutants and create concentrated waste end-products requiring further treatment or disposal. According to Venkatesan, the proposed e-beam technology has the potential to completely degrade these toxic chemicals from contaminated drinking water. For more information about the study and award see this news.

Vafaei-Najafabadi is receiving a two-year $350,000 grant, effective September 1, to design plasma channels (electrically conducting fluids) by way of controlled meter-scale “lightning bolts.” Lightning bolts in nature form a natural plasma channel. Vafaei-Najafabadi and colleagues will use a focused prism, called a hyperchromatic lens, to focus energy of different wavelengths in a high-energy laser pulse along a meter-scale length to create a plasma channel on the same scale. He hopes this experimentation will produce plasma channels via superluminal ionization waves or a “traveling light bolt” wave at arbitrary speeds and highly controlled transfer of energy. Developing plasma sources in this way enables a wide range of applications including particle acceleration, radiation generation, and fusion energy research.

Both projects involve collaborative work with other institutions – the clean water research with Brookhaven National Laboratory, and the plasma channel research with the Laboratory for Laser Energetics at the University of Rochester. The water contamination removal project also involves use of the facilities at the Fermi National Accelerator Laboratory, with a portion of the DOE grant going to Fermilab.