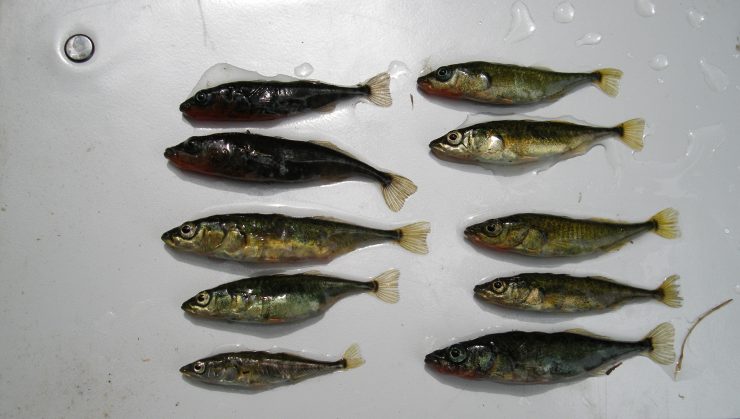 STONY BROOK, NY, June 18, 2021 – The Threespine stickleback fish is known to have evolved independently from its marine ancestors in thousands of freshwater lakes across the northern hemisphere, a process called parallel evolution. This process appears to occur within decades, providing scientists a unique opportunity to actually observe vertebrate adaptation in nature. A new study, published in Science Advances, details the genomic changes that drive their rapid evolution, the findings from which may shed light on which genetic changes might underlie the process of natural selection in other species.

A research team that includes Krishna Veeramah, PhD, an Associate Professor in the Department of Ecology of Evolution in the College of Arts and Sciences at Stony Brook University, placed marine sticklebacks into new lakes in Alaska and essentially watched them adapt to their new freshwater habitat over a number of years. They then performed whole genome sequencing of these fish as they evolved into freshwater forms. They found hundreds of underlying genomic changes that form the basis of their rapid adaptation.

“We illustrated that the genomic features that were identified as important for rapid stickleback evolution can actually be used to predict the genomic location of where natural selection occurred in other species across the tree of life, such as Darwin’s finches,” says Veeramah. “This shows that the genomic mechanisms that govern evolution of freshwater stickleback underlie adaptation in species more generally.”

While the predictability of evolution is not an exact science, the authors believe their understanding of sticklebacks in fresh water provide important insights into the genomics behind vertebrate evolution and provides insight into how evolution might proceed species-wide in the future.