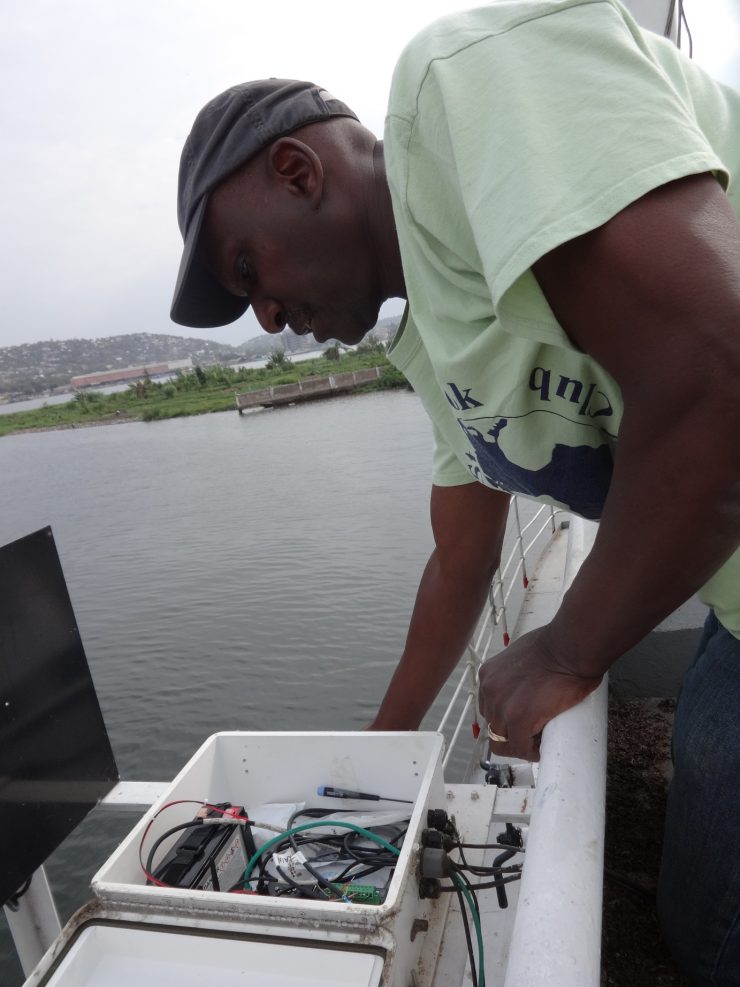 STONY BROOK, NY, October 8, 2020 – Projections of temperatures and precipitation amounts in climate change scenarios may be a key component in a large research initiative with the goal to reduce schistosomiasis, also known as “snail fever,” a debilitating infection that affects some 220 million people worldwide. This research, conducted by investigators at the School of Marine and Atmospheric Sciences (SoMAS) at Stony Brook University, is part of an international consortium of seven universities and research organizations in the United States, United Kingdom, Brazil and the Cote d’Ivoire.

Schistosomiasis is caused by a parasite that lives in fresh water in subtropical and tropical regions in Africa, South American, the Caribbean, the Middle East and Asia. People are typically infected through parasite-hosting snails. Most of those who become infected are children or the elderly. Disease caused by the schistosome worm can be disabling and can include organ failure, bowel cancer, and an increase in the chances of contracting HIV/AIDS.

According to Kamazima Lwiza, PhD, Associate Professor at SoMAS and PI of the Stony Brook portion of the research, the team will investigate the effect of increasing temperatures, temperature variability and shift in precipitation patterns due to climate change on the dynamics of snail-born schistosomiasis. They will focus these measurements on Brazil and Cote d’Ivoire because Brazil suffers the highest schistosomiasis burden in the Americas and Cote d’Ivoire has a high disease prevalence as well.

“We will analyze temperatures and precipitation based on climate change models relevant to these regions because of what appears to be happening in these areas,” said Lwiza. “Projected climate change along with growing human population, deforestation, expansion of agriculture and of marginal urban settings, and the development of dams and irrigation canals are known to be associated with increased schistosomiasis risk caused by the habitat expansion for the snail host and loss of snail predators.”

They will be to generate projections of temperature and precipitation in the two countries. Then they will characterize the hydrological network for both countries under climatic conditions and their evolution under future projections of precipitation. Lwiza explains that this analysis integrated with the results of climatic projections and temperature and precipitation will enable the researchers to make inferences on the seasonal presence of water and possible increase in frequency of drought and floods, both of which affect the presence and distribution of schistosomiasis-carrying snails.

Given the worldwide Covid-19 pandemic, the researchers cannot yet travel to the countries. Therefore, their first task is to download massive datasets from Global Climate Models (GCM) to begin computing what is known as a downscaled prediction for each region.

Co-PI of the Stony Brook research is Ping Liu, PhD, a Research Associate Professor in SoMAS. Stanford University is the lead institution of the international consortium.

The Belmont Forum is the lead funder of the $2,350,000 international project, in collaboration with several national agencies. The SoMAS aspect of the research is also funded by the National Science Foundation (FAIN: 2024386) and the National Oceanic and Atmospheric Administration.

For more about this international research initiative, see this video, developed by the University of Stirling, one of the project collaborators.