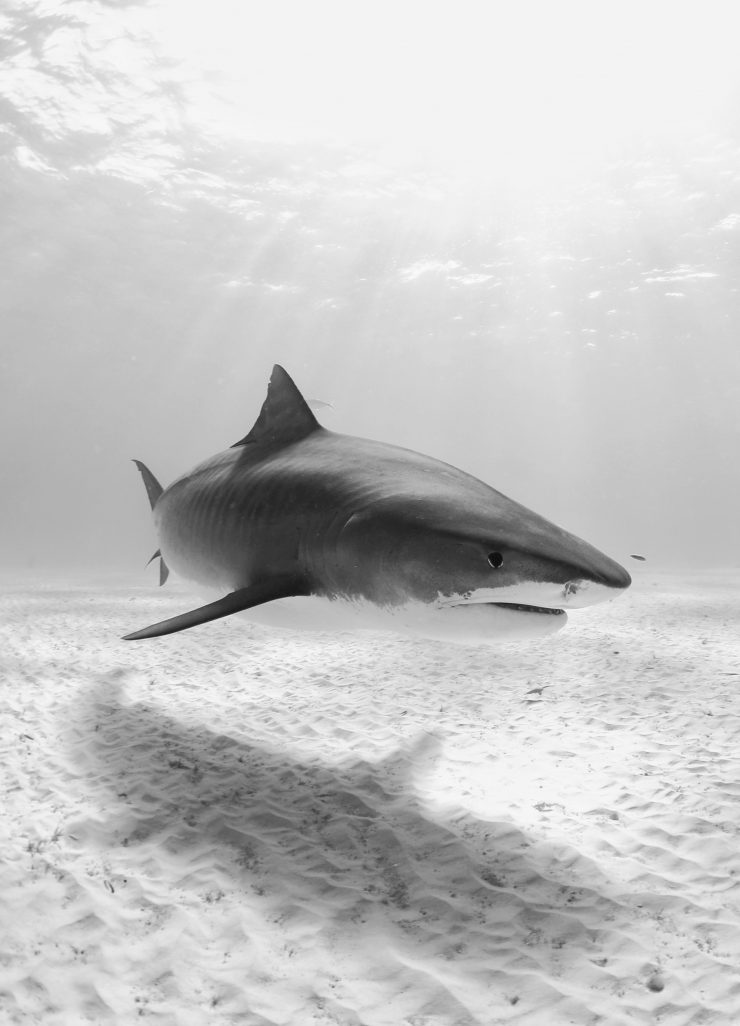 STONY BROOK, February 13, 2020 — Governments must provide larger spatial protections in the Greater Caribbean for threatened, highly migratory species such as sharks, is the call from a diverse group of marine scientists including Stony Brook University School of Marine and Atmospheric Sciences (SoMAS) PhD Candidate, Oliver Shipley, and led by the conservation NGO Beneath the Waves in a letter to published in Science (Feb. 14).

With up to one-third of all open ocean shark species threatened extinction due to overfishing, conservation strategies that protect areas where sharks spent significant portions of their time are becoming increasingly important. In light of recent calls to protect 30 percent of our oceans by 2030, large marine protected areas, which can stretch from 100,000 sq. km to over 300,000 sq. km, have emerged as a popular management tool for their potential to enhance ecological processes and promote sustainable fisheries. One of the greatest benefits of these large conservation zones is their potential to conserve sharks, which travel long distances and can connect multiple jurisdictions over short time periods.