Beyond the Expected Podcast: Carolyn Peabody and Meesha Johnson 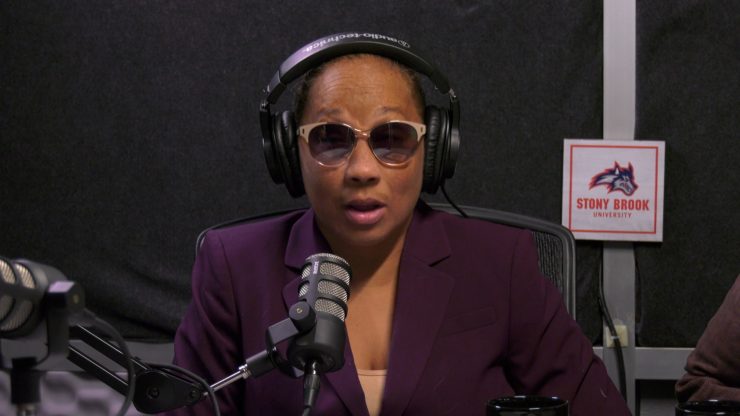 We Are Still Here! Be Counted in 2020: Provost Michael Bernstein with Dr. Carolyn Peabody and MSW student Meesha Johnson 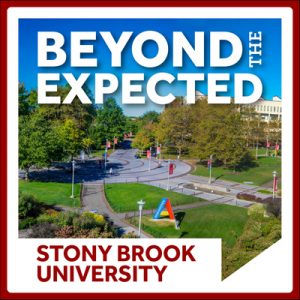 It is difficult to know the true number of people who are Native American living in Suffolk County — or in any county. As the U.S. Census Bureau notes, “official” numbers do not reflect the actual numbers of Native Americans for a number of reasons including difficulty finding addresses on reservations and the mistrust that many Native Americans feel toward institutions of the United States. That is why Native Americans have been referred to as “hard-to-count” and “are at a higher risk of not being fully counted in the 2020 US Census.” The Census Bureau has published a “Hard to Count 2020” survey map based on the rate of census return in 2010. On that map, several of the areas that are the centers of tribal members — referred to as “clusters” by Native people, including reservations — are highlighted as undercounted by 30% to 40% in 2010 and thus in danger of an undercount again in 2020.

Funded by a grant from the New York Community Trust Equity Fund, “We Are Still Here! Be Counted in 2020! Indigenous Suffolk 2020 Census Project” was created for the purpose of coordinating and maximizing local efforts to ensure that Suffolk County’s Native American community is not undercounted. The initial steering committee included the members of the Suffolk County Native American Advisory Board which represents each of the four Native Tribes in Suffolk: the Montaukett, Setalcott, Shinnecock and Unkechaug Tribes.

In this episode of “Beyond the Expected,” Michael Bernstein talks to Stony Brook University School of Social Welfare’s Dr. Carolyn Peabody and her student Meesha Johnson about a groundbreaking project they are spearheading on to ensure all indigenous Long Islanders are counted. Dr. Peabody is a Clinical Professor and Chair of the Community, Policy and Political Social Action Specialization (CPPSA) in the School of Social Welfare; Meesha is a second year master’s student, a member of the CPPSA specialization, a member of the Shinnecock Nation, and a founding member of the Suffolk County Native American Advisory Board.