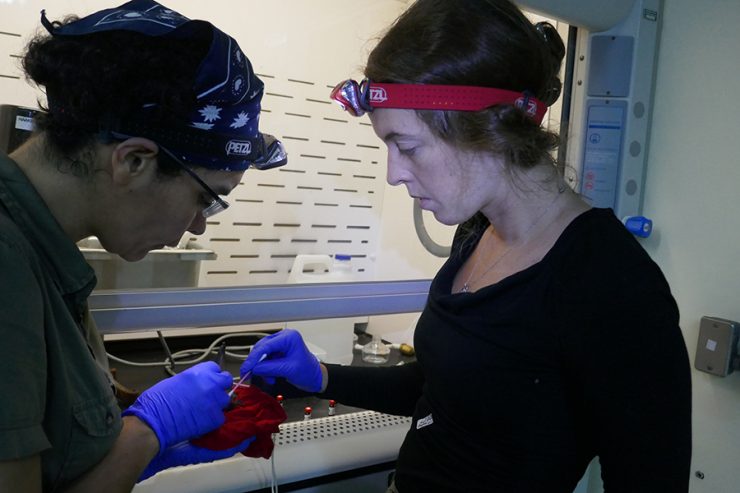 Stony Brook, NY, September 21, 2018 – Liliana M. Dávalos, PhD, a Professor in the Department of Ecology and Evolution in the Stony Brook University College of Arts and Sciences, has received a National Science Foundation (NSF) award in support of its Understanding the Rules of Life initiative, part of NSF’s “10 Big Ideas for Future NSF Investments.”  The award supports leading national researchers conducting scientific work that NSF expects “to reveal new ‘rules of life’ that will contribute to a predictive understanding of living systems.”

Professor Dávalos’ joint project with David Ray of Texas Tech University titled “Genomics of exceptions to scaling of longevity to body size,” proposes a unique method for scientists to understand how organisms maintain good health into old age by analyzing the genomes of bats, small mammals with disproportionately long lives given their body size.

“Despite advances in increasing the average human lifespan, maintaining robust health as decades goes by is a challenge,” says Dávalos. “We feel this research will help to reveal some of the rules of longevity. With mammals of all kinds, maximum lifespan and body mass have a strong positive relationship, shaped by both ecological features such as how individuals reproduce, as well as biochemical characteristics such as numbers of copies involved in programmed cell death.”

The NSF announced 29 Rules of Life awardees. For more details about the award and goals of the initiative, see this NSF news release.