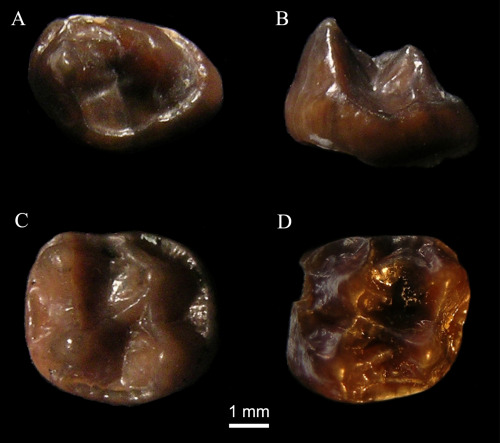 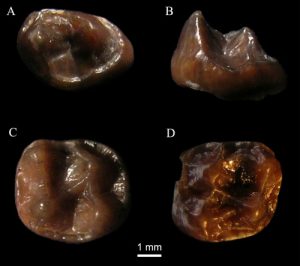 Stony Brook, NY, November 5, 2018 — Stony Brook University Anthropology Professor James Rossie and the late Andrew Hill, an anthropology professor at Yale University, were just starting their 2004 field season in the Tugen Hills, Kenya when Rossie plucked a tooth out of the sediment. Now, a study authored by the pair shows that this belongs to a new species of ape — the smallest ever yet described, weighing just under 3.5 kilograms — from 12.5 million year old sites in the Tugen Hills, giving important clues about the unexplained decline in diversity of apes during the Miocene epoch. The paper, entitled “A new species of Simiolus from the middle Miocene of the Tugen Hills, Kenya,” is scheduled to published in the December issue of The Journal of Human Evolution.

At the beginning of the Miocene epoch, there were only a few species of monkeys, while apes were represented by a broad radiation of species ranging from 4 to 50 kilograms; today, however, there are only a handful of ape species remaining. Precisely what caused the decrease in ape diversity and rise of monkey diversity is a mystery that paleontologists have been contemplating for decades, Rossie said, and many suspect that direct competition between the two groups was to blame.

“One thing this shows us is that some apes were leaning toward folivory at just the time when monkeys were evolving their uniquely effective adaptations for it,” Rossie said. “Under those circumstances, I’m not surprised that this is the last you see of these small apes. We’ve previously found the earliest colobine monkeys at these sites, and now we have an ape that looks like it would have been in direct competition with them for food.”

Rossie said fossil molars from the tiny ape, now housed in the National Museum of Kenya, Nairobi, show evidence of leaf eating, which suggests that it was in direct competition with the earliest colobine monkeys for food resources. Rossie said the small ape is also the latest-surviving member yet described of the small apes that flourished in the early Miocene epoch.

The greatest obstacle to solving this puzzle is the relative scarcity of fossil sites in the middle of the transition, Rossie said – from about 14 to 6 Ma. The new species comes from sites in the Tugen Hills that are among a small number of African sites in this time range.