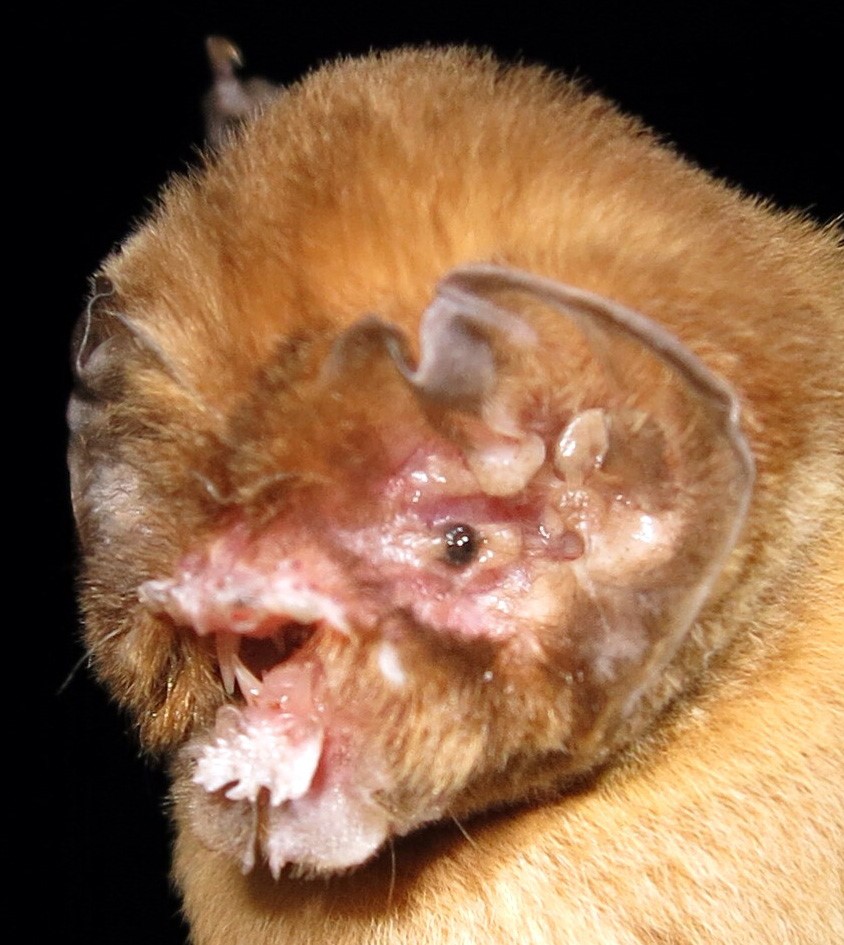 Stony Brook, NY, January 9, 2016 – Islands are natural laboratories of evolution and home to unique species of animals and plants. But since the arrival of humans, islands have lost many species. In the Caribbean alone, more than half of the mammal species went extinct after human colonization. Bats are the most diverse group of surviving mammals. Can nature restore the numbers of species on islands to levels that existed before human arrival? How long would it take for nature to regain this lost mammal diversity?

To answer these questions, a research team led by Luis Valente at the Berlin Natural History Museum (Germany) and Liliana Dávalos, Professor in the Department of Ecology and Evolution of Stony Brook University, compiled data on the New World leaf-nosed bats and their close relatives in a paper published in
Nature Ecology and Evolution
. These bats form an ecologically diverse group that includes the fishing bat, many fig-eating bats, and vampire bats. The group is ideal for studying the effects of recent extinction, as one-third of its species have become extinct in the Greater Antilles over the past 20,000 years.

The research was supported in part by funding from the NSF, the Alexander von Humboldt Foundation, the Brandenburg Ministry of Science, Research and Culture, the German Research to Valente, and the Netherlands Organisation for Scientific Research.

Part of the State University of New York system, Stony Brook University encompasses 200 buildings on 1,450 acres. Since welcoming its first incoming class in 1957, the University has grown tremendously, now with more than 25,700 students and 2,500 faculty as well as over 175,000 alumni worldwide. Its membership in the prestigious Association of American Universities (AAU) places Stony Brook among the top 62 research institutions in North America. U.S. News & World Report ranks Stony Brook among the top 100 universities in the nation and top 50 public universities, and Kiplinger names it one of the 35 best values in public colleges. One of four University Center campuses in the SUNY system, Stony Brook is part of the management team of Brookhaven National Laboratory, putting it in an elite group of universities that run federal research and development laboratories. The Center for World University Rankings lists Stony Brook in the top 1 percent of institutions worldwide. It is one of only 10 universities nationwide recognized by the National Science Foundation for combining research with undergraduate education. As the largest single-site employer on Long Island, Stony Brook is a driving force of the regional economy, with an annual economic impact of $4.65 billion, generating nearly 60,000 jobs, and accounts for nearly 4 percent of all economic activity in Nassau and Suffolk counties, and roughly 7.5 percent of total jobs in Suffolk County.