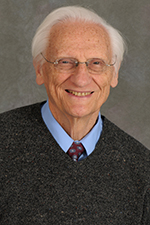 This microbiome technology will be applied to potentially treat certain infections common to several areas of the body. These patent-pending microbiome altering compositions have broad applications designed to help improve human health and quality of life. These applications include a composition to reduce cutaneous odor-causing bacteria found at the human axilla and foot regions, and a composition to reduce cutaneous and nasal atrium Staphylococcus aureus proliferation. Ortek is seeking licensing partners to further develop and commercialize these cutting-edge compositions, which can be incorporated into an array of over-the-counter and prescription products.

These breakthrough compositions were developed at Stony Brook University under the leadership of Dr. Israel Kleinberg DDS, PhD, DSc, Distinguished University Professor in the Department of Oral Biology and Pathology in the School of Dental Medicine. Dr. Kleinberg is a pioneer in understanding the oral microbiome, specifically his landmark mixed-bacteria ecological approach of the role of oral bacteria in dental caries causation and prevention.

“I have spent over 40 years investigating the compositions and metabolisms of oral bacterial communities and how they are affected collectively by ecological conditions and changes,” said Dr. Kleinberg. “This ongoing research has provided significant understanding of microbiomes in and outside of the oral cavity. This has led to the development of compositions and methods for the inhibition of the growth and/or metabolism of human cutaneous malodor-generating microbiota and Staphylococcus aureus proliferation on the skin and in the nasal passages.”

“We are excited about the promise of these unique compositions that are the result of thorough and extensive research in microbiome science,” said Mitchell Goldberg, President of Ortek. “By favoring beneficial bacteria, these nutrient-based compositions can help modify and maintain healthy cutaneous microfloras.”

Goldberg expects that with this microbiome manipulating approach, further research into commercial applications could provide a new paradigm for the prevention of body odor and cutaneous and nasal atrium staph infections, including MRSA and MSSA.

Ortek Therapeutics, Inc. is a global leader in developing cutting-edge oral care innovations. Through a strategic alliance with The Research Foundation of State University of New York, Ortek has developed major scientific breakthroughs in oral microbiome technology, which has led to the development and commercialization of compositions for dental cavity prevention and treatments for dentinal sensitivity. The Company’s core oral microbiome AlkaGen Technology®, which is contained in its proprietary BasicBites® soft chew confections, is based on the scientific expertise of researchers in the Department of Oral Biology and Pathology at Stony Brook University. Ortek’s goal is to develop a continuous stream of new microbiome technologies, products and medical devices that will improve the quality of life for people everywhere.