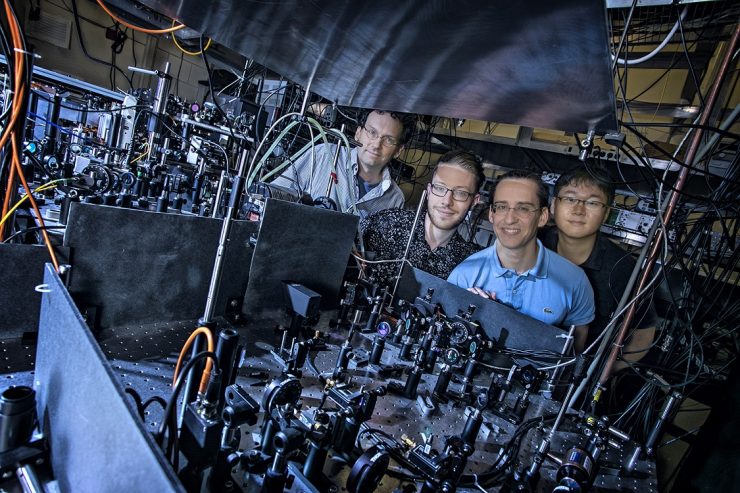 STONY BROOK, N.Y., July 26, 2018 – A research team led by Dominik Schneble, PhD, Associate Professor in the Department of Physics and Astronomy in the College of Arts and Sciences at Stony Brook University, has developed a novel method to explore spontaneous emission – when an atom or molecule transitions from an excited energy state to a lower energy state. Using a principle called wave-particle duality, the team constructed artificial emitters that spontaneously decay by emitting single atoms, rather than single photons. This method, published in
Nature
, uses ultracold matter waves and provides a novel experimental platform that may help scientists advance their understanding of open quantum systems and their applications. The research is also featured in a Nature article titled
Quantum optics without photons
.

Their discovery may prove to be a foundational way to create alternatives to photonic quantum systems, leading to new models and applications in emergent quantum technologies of the 21st Century.