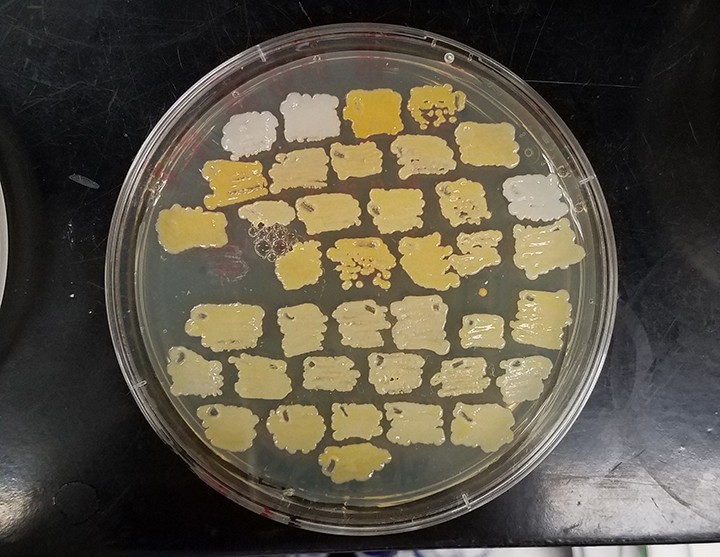 STONY BROOK, NY, July 19, 2018 – Tremendous advancement of basic biological knowledge has come from genetically manipulating model organisms to test mechanistic hypotheses. But the selection of traditional model organisms available offers a limited view of biological diversity, meaning that they cannot be used to investigate a broad swath of novel and important processes. Now an international team of scientists including Jackie Collier, PhD, an Associate Professor in the School of Marine and Atmospheric Sciences (SoMAS) at Stony Brook University, is investigating how to genetically manipulate a variety of marine protists –unicellular microscopic organisms that are not classified as a plant, animal or fungus – to develop new experimental models that may help to advance scientific understanding in oceanography and other areas of the biological sciences.

The initiative, launched in 2015, is called the Experimental Model Systems (EMS) Program. A paper describing the diversity and implications of these new model systems, and the unusual collaborative approach of the EMS program, is now published in PLOS Biology.

“Our group created new tools to genetically manipulate a variety of marine protists,” said Collier. “These protists comprise a very diverse group of single-cell eukaryotes that are major components of marine ecosystems and food webs – including the phytoplankton that perform about half of the photosynthesis in the oceans and cause problems in coastal systems such as harmful algal blooms like brown tide – and because of this we may be able to discover new insights into basic biology with broad ecological implications.”

According to the authors, the “EMS program has ignited new drive, progress, and resources to overcome what many in the field of marine prostisology, ecology, and oceanography have recognized as a significant obstacle to understanding these complex and important biological systems.”

The EMS Program is part of the Gordon and Betty Moore Foundation’s Marine Microbiology Initiative. Collier’s research at SoMAS is supported by the Foundation.