Research Team Finds How CBD, a Component in Marijuana, Works Within Cells

STONY BROOK, N.Y., February 11, 2015 – A team of Stony Brook University researchers have identified fatty acid binding proteins (FABPs) as intracellular transporters for two ingredients in marijuana, THC and CBD (cannabidiol). The finding, published early online in the
Journal of Biological Chemistry
, is significant because it helps explain how CBD works within the cells. Recent clinical findings have shown that CBD may help reduce seizures and could be a potential new medicine to treat pediatric treatment-resistant epilepsy.

CBD differs from THC in that it is not psychoactive and does not bind to cannabinoid receptors. Some children who are resistant to conventional antiepileptic drugs have been reported to show improvement with oral CBD treatment. The Stony Brook research team found that three brain FABPs carry THC and CBD from the cell membrane to the interior of the cell. This action enabled them to conduct experiments inhibiting FABPs and thereby reducing anandamide breakdown inside the cells.

“Anandamide, an endocannabinoid, has been shown to have neuroprotective effects against seizures in basic research studies and this may turn out to be a key mechanism of seizure control,” explained Dale Deutsch, PhD, Professor of Biochemistry and Cell Biology and a faculty member of the Institute of Chemical Biology and Drug Discovery at Stony Brook University. “Therefore by CBD inhibiting FABPs, we could potentially raise the levels of anandamide in the brain’s synapses.”

The findings in the paper, titled “Fatty Acid Binding Proteins are Intracellular Carriers for THC and CBD,” stem from the team’s research that spans five years and includes their discoveries that showed anandamide levels were raised in rodent brains using novel drugs targeted to FABPs. In 2013, they received a $3.8 million grant from the National Institute on Drug Abuse, part of the National Institutes of Health (NIH), to target endocannabinoid transporters to develop drugs for pain and inflammation. 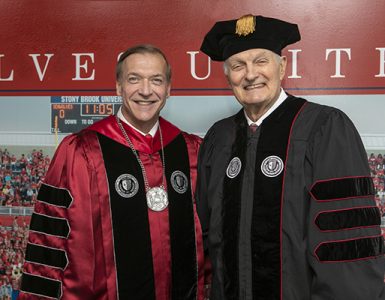 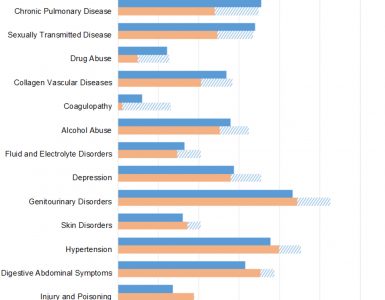 STONY BROOK, NY, June 19, 2019 – A new study reveals Facebook posts alone can predict some 21 diseases and conditions, many of them interrelated such as diabetes and hypertension, and anxiety and depression. This is one... 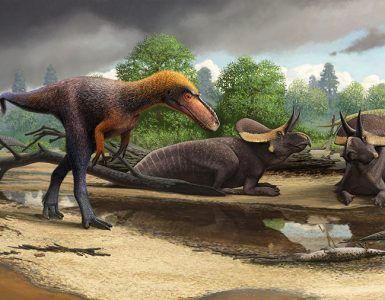 STONY BROOK, NY, May 6, 2019 – Tyrannosauroid dinosaurs have a long evolutionary history and include iconic giants like Tyrannosaurus rex. Now an international team of researchers including Alan H. Turner, PhD, from...