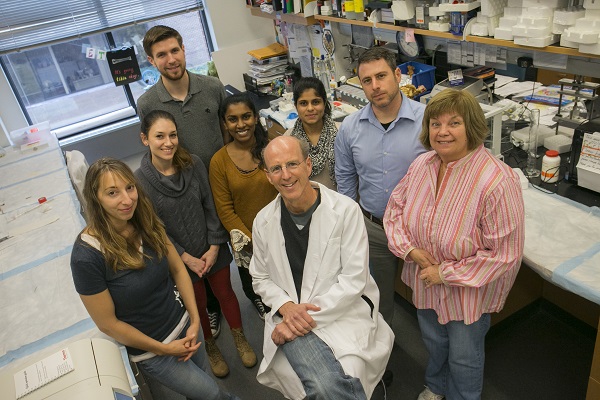 STONY BROOK, N.Y., November 25, 2014 – TwoStony Brook University Professors – Erwin London and Clinton Rubin – have been elected Fellows of the American Association for the Advancement of Science (AAAS) for their efforts advancing science or its applications. Professors London and Rubin are among the 401 AAAS members elevated to the rank of Fellow who will be honored at the Fellows Forum held during the AAAS Annual Meeting in February 2015 in San Jose, Calif. This year’s AAAS Fellows will be formally announced at the AAAS News & Notes section of the journal Science on the November 28, 2014.

Erwin London, PhD, Professor in the Department of Chemistry and the Department Biochemistry and Cell Biology, was elected as a Fellow in the Section of Biological Sciences for distinguished contributions to the field of biomembrane structure and function, particularly to the understanding of membrane lipid organization and membrane protein folding.

Clinton Rubin, PhD, SUNY Distinguished Professor, Chair of the Department of Biomedical Engineering, and Director of the Center for Biotechnology, was elected as a Fellow in the Section of Engineering for distinguished academic contributions in biomedical engineering and for fostering and promoting the role of technology to the field of medicine.

The research of Dr. Rubin and his laboratory focuses on understanding the cellular mechanisms responsible for the growth, healing and homeostatsis of bone. Their research tests how biophysical stimuli, such as mechanical, electrical or ultrasound, mediate these responses to improve bone health and growth and as a potential treatment of osteoporosis. The lab also looks at how mechanical signals bias the fate selection of mesenchymal and hematopoietic stem cells, as a means of treating obesity and diabetes through developmental rather than metabolic pathways. For more on Dr. Rubin’s research and scholarly work, see this webpage.

“Dr. Rubin’s work has had a tremendous impact on biomedical research on a global scale, with innovations that have sparked outstanding research related to diseases that affect millions, such as obesity, diabetes, and osteoporosis,” said Kenneth Kaushansky, MD, Senior Vice President for the Health Sciences and Dean of the School of Medicine. “His election as an AAAS fellow is well deserved, and we look forward to continued progress within his department and the Center for Biotechnology.”

“As Provost, I am especially proud that these two Stony Brook University Professors were granted this renowned distinction, of which they are both well-deserving,” said Dennis N. Assanis, Provost and Senior Vice President for Academic Affairs. “Dr. London, a Professor of Biochemistry and Cell Biology and Dr. Rubin, a SUNY Distinguished Professor and Chair of our Department of Biomedical Engineering, are notable scientists within their respective fields and help to make our research university a great place for learning and discovery.” 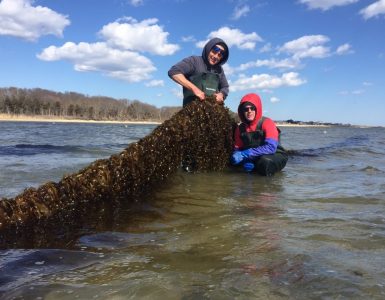 Is Kelp the New Kale for Long Island?

STONY BROOK, NY, October 3, 2019 —  Winter storms result in substantial loss of life and property. Scientists are investigating how these extreme winter weather events that cause damage are influenced by climate...