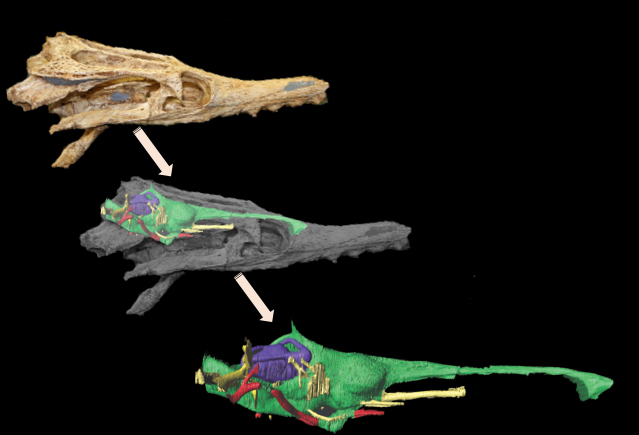 Stony Brook, NY, March 21, 2018 – Scientists believe that anatomical variation within and between species is the raw material for natural selection. However, the prevalence of convergent evolution, or the repeated evolution of highly similar yet complex forms among distantly related animals, suggests the presence of underlying general principles (or “rules”) of evolution. Now Alan Turner, PhD, Associate Professor of Anatomical Sciences, along with colleagues at the University and at Oklahoma State University are conducting research they believe will help to unlock the rules of evolution. Their research is funded by a $579,000 grant from the National Science Foundation.

Professor Turner leads the team, which will use high-tech imaging techniques to assess how the bodies and brains of crocodylomorphs (crocodiles, alligators and their extinct relatives) have changed over the last 230 million years. The research team will then perform computer analysis of these parts to develop conceptual models of anatomical variation and search for common patterns in how their bodies responded to new environmental transitions.

“Crocodylomorphs have an incredible fossil record, and it is remarkable how often they evolved from living exclusively on land to becoming semi-aquatic and marine,” says Turner, “all of which makes them an ideal group for studying the rules that govern extreme changes in animals.”

Turner expects that by investigating such a unique and long fossil record, combined with advanced imaging techniques, their research will provide data and insight to how habitat and ecological transitions drive evolution not only in this group but potentially across multiple integrated anatomical systems. 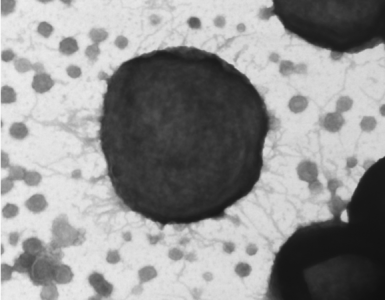 STONY BROOK, NY, February 28 , 2019 – Periodontitis is a progressive inflammatory disease that affects approximately half of all American adults. Colonization of the oral cavity by a bacterial pathogen called...