Interim President Bernstein calls the University a major driver of economic development and vitality here on the Island. “All of our efforts contribute to our regional impact, which I’m excited to say now totals $7.23 billion in economic output,” he said.

Driving that output are more than 75 licensing agreements that Stony Brook has with faculty members, outside individuals and businesses to create technologies and products for the medical, aerospace and other industries. These agreements have yielded more than $225 million in royalties over two decades. About 40 percent of that amount is shared with the companies or individuals involved in the research.

“We’re always looking at ways we can engage with the outside community,” said Peter Donnelly, associate vice president for technology partnerships in the University’s Office of Economic Development. “We have a lot of companies and individuals who want to work with us in testing products or conducting deep research. Our hope is to be able to help fuel our economy on Long Island and bring jobs to the region.”

Emerging from the research labs at Stony Brook, Donnelly said, is a blood thinner called ReoPro®, which prevents clots from forming during operations to open blocked arteries and vessels. It is a breakthrough product that has been in use for more than 20 years and was acquired by a subsidiary of the Johnson & Johnson medical supplies company.

Another success story, Donnelly said, is the development of the first virtual colonoscopy, which eliminates more invasive procedures. The product made its debut in 2003 and has been in continuous use as a diagnostic tool since 2015.

There are new research developments in the works at all times. One recent startup working with the University is Traverse Biosciences Inc. The company’s founder and chief executive, Joseph Scaduto, is researching the treatment of inflammatory diseases affecting animals. He said the product was developed at Stony Brook. Research began in 2007 and is currently focusing on gum disease in animals. The Stony Brook Research Foundation owns four U.S. patents on the product, which is exclusively licensed to Traverse Biosciences. 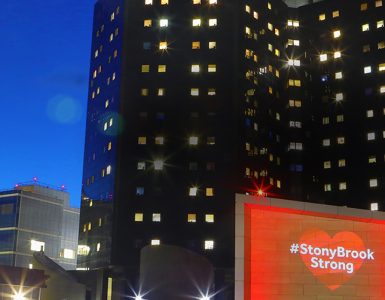 When COVID-19 raged through New York earlier this year, Stony Brook University Hospital (SBUH) essential employees aggressively worked around the clock to save their patients. On TV, in the newspapers and on social... 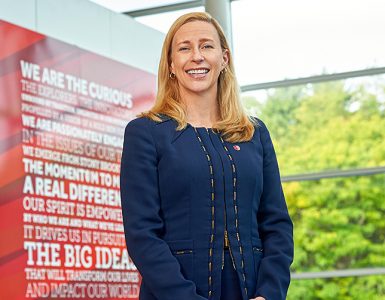 On July 1, 2020, Stony Brook University welcomed Maurie McInnis as its sixth president. She arrived on campus at the height of the COVID-19 pandemic, immediately having to tackle the related, changing needs of students...