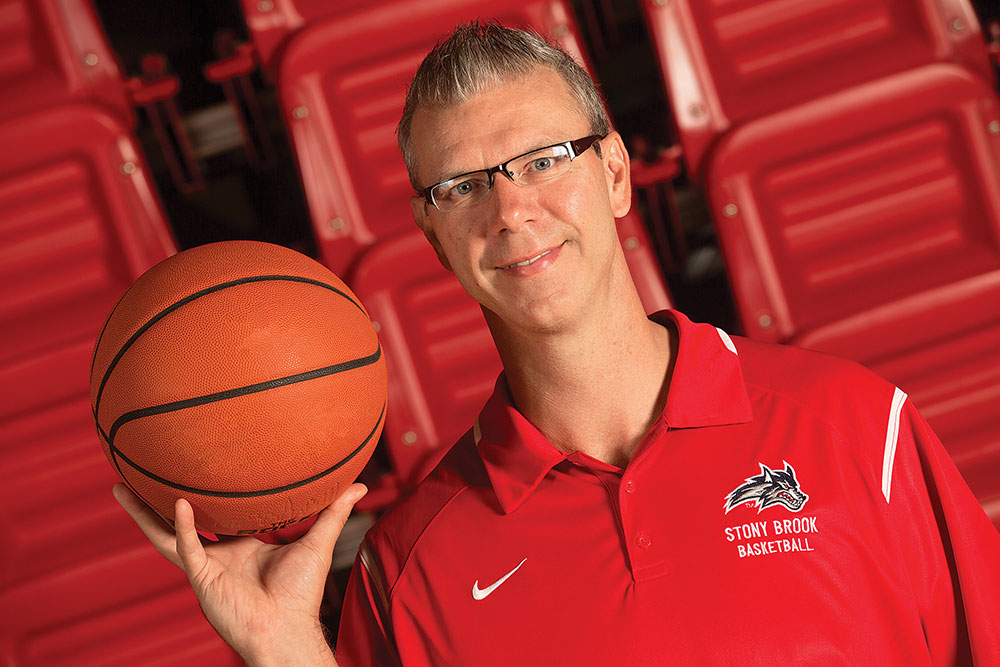 FAR BEYOND SHARES OUR STORY WITH THE WORLD
New branding strategy brings to life Stony Brook’s vision, momentum and passion 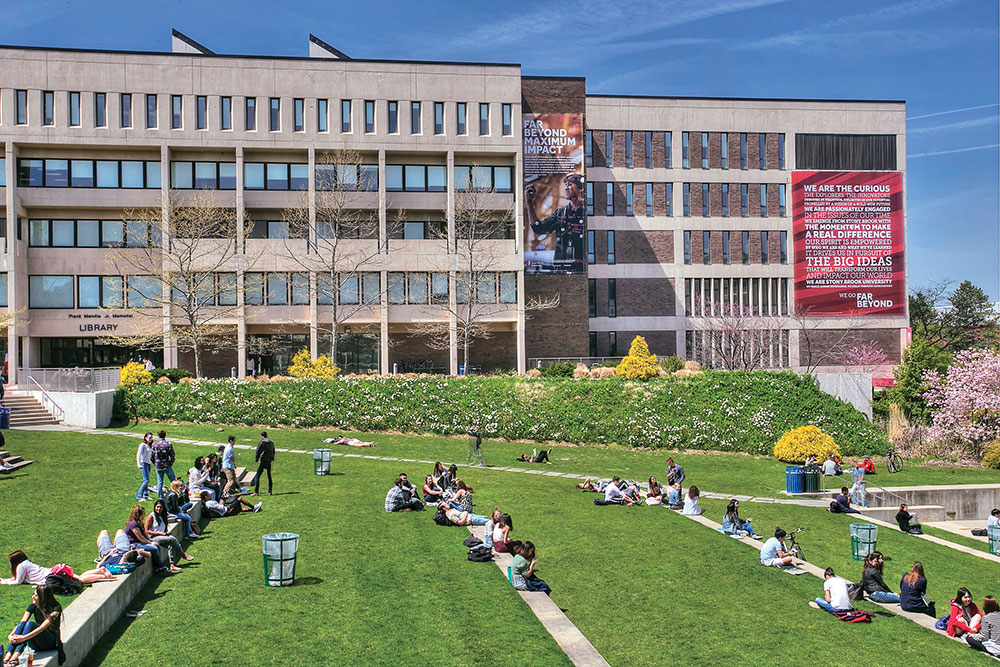 FAR BEYOND is built around Stony Brook’s ethos as a driven, imaginative community, relentlessly pursuing tomorrow’s big ideas. New storytelling strategies are shining a spotlight on student and faculty achievement while capturing the essence of our mission and spirit.

The initial rollout included the first issue of this magazine as well as bold new on-campus banners, an updated University homepage and an eye-catching advertising campaign.

“We have so much to be proud of and celebrate,” said Stony Brook University President Samuel L. Stanley Jr. “That excitement deserves to travel beyond our campus, and FAR BEYOND enables that in a clear, compelling way.”

FAR BEYOND is both a visual identity and a narrative strategy. According to Nicholas Scibetta, Stony Brook’s vice president for communications and marketing and chief communications officer, the initiative resulted from a collaborative process entailing a deep market research component and discussions across campus.

“The FAR BEYOND framework captures Stony Brook’s unique personality and empowers us to articulate its compelling story to our most important audiences,” Scibetta said.

Since its launch, FAR BEYOND has been infused into campus life in numerous ways, including a revamp of admissions materials, distribution of branded merchandise and the installation of environmental graphics. The multiyear initiative will continue to enhance print and digital materials. For further information, see stonybrook.edu/brand.

The Seawolves hope to learn from Boals’ experience in the Big Ten pressure cooker, where he helped the Buckeyes win 193 games and three regular-season championships. He replaces Steve Pikiell, who left Stony Brook for the same position at Rutgers University.

Despite the loss of graduating AE superstar Jameel Warney, now with the NBA’s Dallas Mavericks, Boals is looking for a repeat of last season’s NCAA Tournament appearance. “There is no reason we can’t win a league championship this year,” he said.  Read More 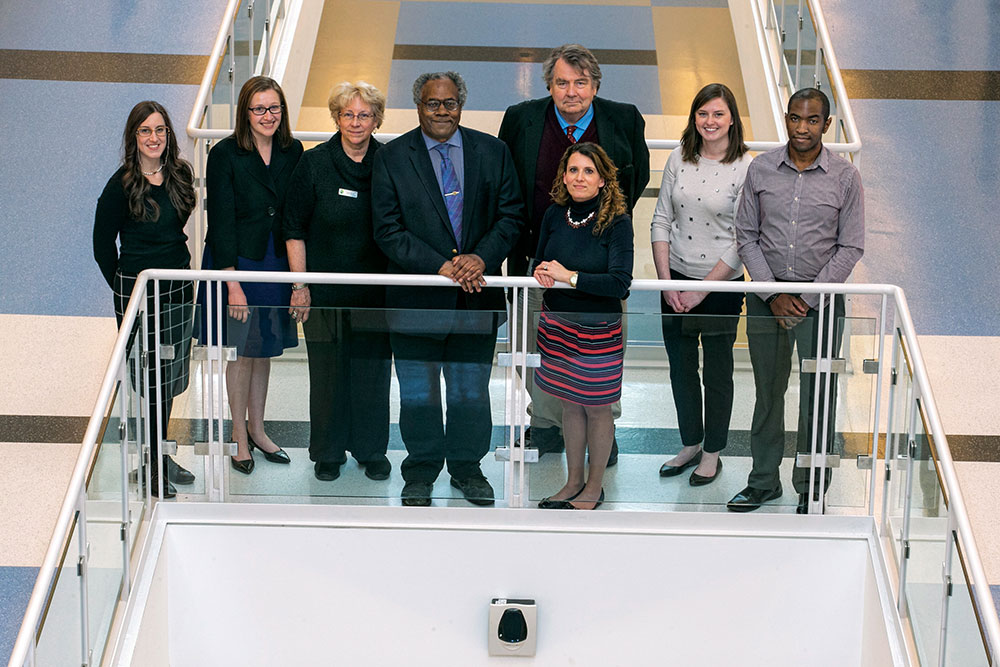 SENCER (Science Education for New Civic Engagements and Responsibilities), a national initiative connecting “the science of learning to the learning of science,” has found a new home at Stony Brook University.

Established in 2001 by the National Science Foundation’s (NSF) Course, Curriculum and Laboratory Improvement national dissemination track, SENCER aims to expand civic capacity and connect science, technology, engineering and mathematics (STEM) content to real-world problems. The signature program of the National Center for Science and Civic Engagement (NCSCE), SENCER is geared toward strengthening undergraduate student learning and interest in the STEM disciplines by connecting course topics to critical issues of local, national and global importance. The move to Stony Brook comes after NCSCE, with support from the NSF’s Innovations Corps-L program, began to implement new strategies aimed at boosting the program’s scale and sustainability. Department of Technology and Society Chair David Ferguson (shown fourth from left) is facilitator for Stony Brook’s SENCER activities.

Gender is a complex, multifaceted and fluid concept that is reflected even in the ways men and women express themselves on Facebook. In the paper “Women are Warmer but No Less Assertive Than Men: Gender and Language on Facebook,” language differences by gender on the social media site are being investigated by a team of researchers from Stony Brook University, the University of Pennsylvania and the University of Melbourne in Australia.

The paper helps to illuminate some of the complexities and differences using big data and computational analysis. The research found that women used warmer, more agreeable language in their Facebook status updates than men. For women, commonly cited topics or automatically derived clusters of related words included “wonderful,” “happy,” “birthday,” “daughter,” “baby,” “excited” and “thankful.” Some of the words most commonly cited by men included “freedom,” “liberty,” “win,” “lose,” “battle” and “enemy.” The study found that algorithms of language use predicted one’s gender on Facebook 90 percent of the time, and that women are no less assertive than men.

Stony Brook University has placed seventh on a nationwide list of the most diverse campuses in the country. BestColleges.com, an online resource analyzing trends in higher education, used data from the Department of Education in partnership with data studio Priceonomics to rank top colleges and universities according to racial and ethnic diversity. The level of diversity was classified using the Herfindahl-Hirschman Index, a calculation that measures diversity in a variety of settings. Of universities ranked in the top 100 for academics by U.S. News and World Report, Stony Brook placed seventh, the highest ranking for any SUNY institution. 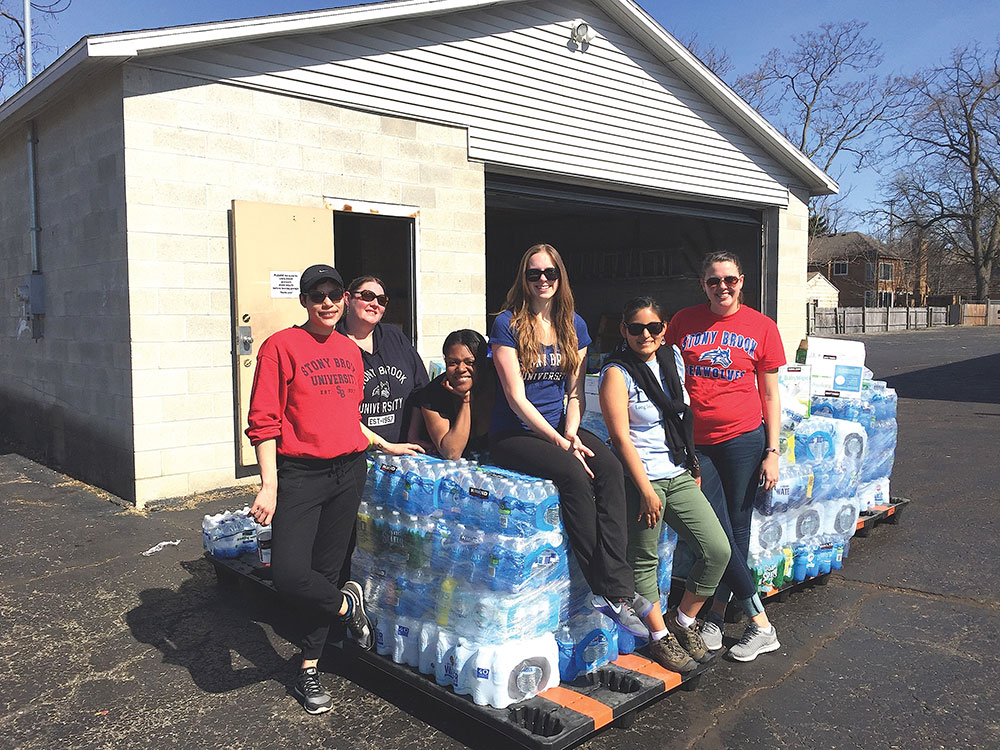 Six students in the School of Social Welfare recently got a taste of experiential learning as they parlayed their classroom lessons into a way to help the stricken community of Flint, Michigan, which was without clean drinking water for two years due to lead contamination.

Class of 2016 students Stephanie Dick, Tiffany Hervas, Alaina Ingram, Lindsay McBeth, Tira Skaggs and Taylor Zummo helped distribute more than 10,000 bottles of water, baby wipes and hand sanitizers to the people of Flint. They interacted with residents and interviewed community leaders, gaining insight into the hardships and reality of a crisis that garnered worldwide attention. They also collaborated with several Long Island organizations that helped them collect the supplies and raise $2,000, which was directed to the Flint Child Health and Development Fund.

Crossing borders to find and report stories with global impact, student journalist Hanaa’ Tameez ’16 traveled to Mexico City as the first recipient of the Marie Colvin Fellowship, awarded through Stony Brook’s School of Journalism. The fellowship honors the journalistic ideals of acclaimed international correspondent Marie Colvin, who was killed in 2012 while covering the conflict in Syria for the Sunday Times of London. Tameez had a 10-week reporting assignment with The Wall Street Journal.

Shortly after Colvin’s death, Stony Brook University established the Marie Colvin Center for International Reporting to train the next generation of international reporters. The fellowship gives one outstanding graduating senior or master’s student the opportunity to work at one of The Wall Street Journal’s international bureaus.