Judith Clarke brings impressive credentials and experience to the role 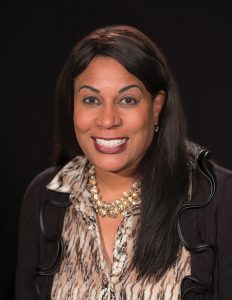 Clarke, a former Olympic athlete in track and field, will work in collaboration with campus partners to promote a culture at Stony Brook that values diversity and embraces equity and inclusion as essential to fulfilling the University’s educational and public service mission.

“We are confident that, with more than 16 years guiding senior management teams and diversity initiatives, Judi Brown Clarke has the experience, skill set and creativity needed to astutely guide the implementation of Stony Brook University’s Plan for Equity, Inclusion and Diversity, and advance the overarching goal of building an inclusive Stony Brook community,” said Stony Brook University Interim President Michael A. Bernstein. 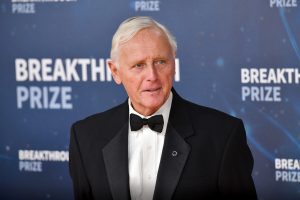 Peter van Nieuwenhuizen, a SUNY Distinguished Professor in Stony Brook’s Department of Physics and C.N. Yang Institute for Theoretical Physics, was awarded the $3 million 2020 Breakthrough Prize in Fundamental Physics. Van Nieuwenhuizen, an architect of the influential supergravity theory, shared the distinction with two other honorees.

Supergravity is a highly influential 1976 theory that successfully integrated the force of gravity into a particular kind of quantum field theory (a theory that describes the fundamental particles and forces of nature in terms of fields embodying the laws of quantum mechanics).

The Breakthrough Prizes, known as the Oscars of science, recognize pioneering discoveries in life sciences, fundamental physics and mathematics. The annual awards are endowed by Silicon Valley luminaries, including Sergey Brin and Mark Zuckerberg.

Stony Brook University was showcased as a university that “helps low-income kids move into the middle class and beyond” in an op-ed published September 20, 2019 in MarketWatch.

“There’s something special going on at SUNY Stony Brook,” said John Friedman, who is quoted in the article and is co-author of a study identifying the U.S. colleges and universities that best promote upward mobility.

“Over the past five years, Stony Brook has improved graduation rates across the board,” wrote op-ed author Howard Gold. “It has a high-tech, data-driven focus on student performance and a high-touch, advisor-heavy outreach program to make sure kids stay on track.”

PRODiG is designed to increase faculty diversity across all SUNY campuses to be more in line with its student diversity. 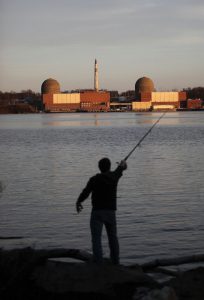 An extraordinary scientific collection of fish specimens, as well as archived fish and water quality data taken from the Hudson River over more than five decades, has been donated to Stony Brook’s School of Marine and Atmospheric Sciences (SoMAS).

What is now known as the Hudson River Collection, donated to the University by the integrated energy company Entergy Corporation, began in the 1960s as one of the most ambitious environmental research and assessment programs ever performed on an iconic river that was a focal point for the nascent U.S. environmental movement. Characterized by Entergy scientists as “probably the best dataset on the planet,” the collection will not only advance SoMAS’s standing as a leading research and educational institution, but also enable scientists and their students to better understand a wide range of subjects, beginning with the environmental drivers within the Hudson River ecosystem and aquatic ecosystems in general.

Stony Brook, a powerful incubator of teaching and research innovation, saw a record high in R&D expenditures in 2019. The University received several significant grants in support of its efforts.

Stony Brook’s Institute for Advanced Computational Science received a $6.3 million anonymous donation to advance data-driven research that will improve understanding of some of the world’s most pressing challenges, including climate change, machine learning and next-generation nuclear energy. Additionally, a $5 million grant from the National Science Foundation will enable researchers nationwide to test future supercomputing technologies and advance computational and data-driven research.

On the medical side, the University is advancing research in the field of Alzheimer’s disease with the help of five new grants that were awarded in the past fiscal year. The grants, totaling more than $7 million, will go toward developing next-generation treatments and funding Stony Brook’s Center of Excellence for Alzheimer’s Disease. 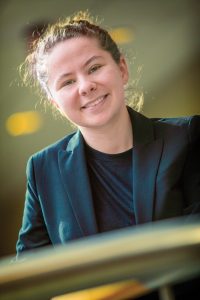 Ultra-selective distinction will fund two years of study in U.K.

Claire Garfield ’20 has been awarded the Marshall Scholarship, one of the most prestigious academic honors available to U.S. undergraduates. The ultra-selective scholarship is granted annually to 50 outstanding seniors identified as future leaders in their fields, and finances two years of study at the most distinguished universities in the United Kingdom.

For biology major Garfield, the Marshall caps a high-powered academic career that also includes a Barry Goldwater scholarship and a DAAD-Rise Fellowship. She will pursue two master’s degrees while in the U.K. Garfield is only the second Marshall Scholar in Stony Brook’s history; the first, Melissa Friedman, was named in 2005.

“Claire Garfield’s receipt of the Marshall Scholarship is a testament to her distinguished academic career at Stony Brook,” said Interim President Michael Bernstein. “Our campus community is tremendously proud of her achievement.”

WOMEN’S SPORTS STEP INTO THE SPOTLIGHT 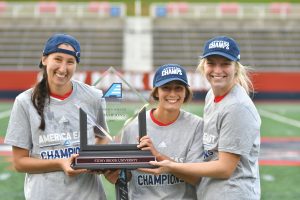 Seawolves women’s lacrosse won the America East (AE) title for the sixth straight year and came within a hair’s breadth of a national title. The team was ranked No. 1 in all major polls through most of the season before suffering a heartbreaking overtime loss to Boston College in the opening round of the NCAA playoffs, finishing 20-1 — the best season in the team’s history.

Meanwhile, for the second time in three seasons, the Stony Brook women’s soccer team became champions of the AE Conference. Knocking off Hartford to earn the AE title with their 14th victory of the year, the Seawolves tied the school record for the most wins in a single campaign. The team lost to fourth-ranked Penn State in the first round of the NCAA tournament.