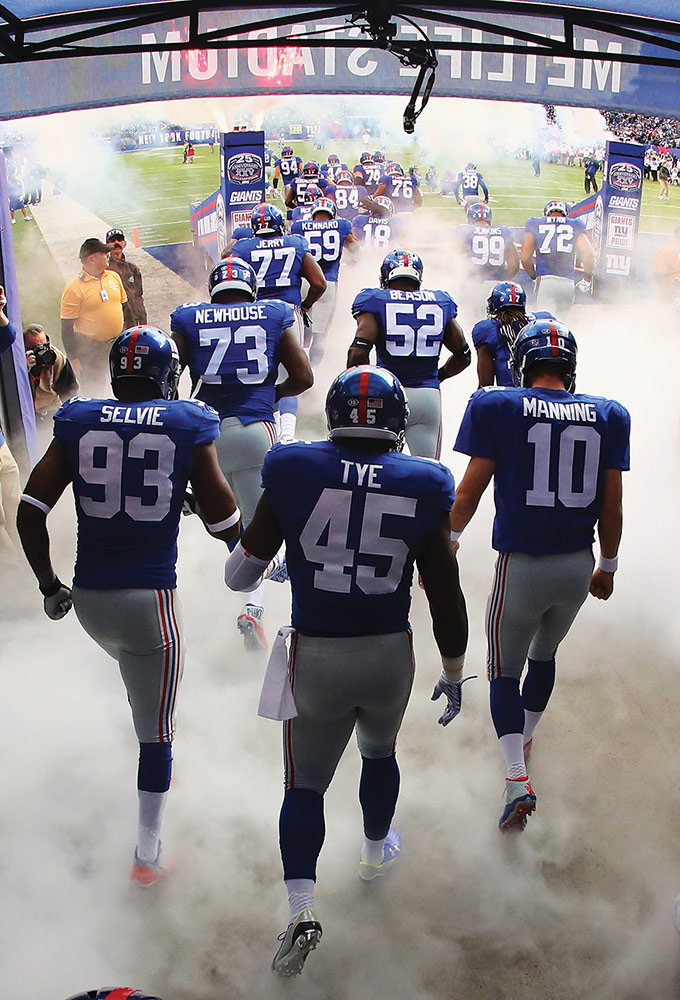 Postdoc receives $200,000 to unravel mysteries of movement within molecules

How do electrons move within molecules?

Thomas Allison, an assistant professor in the Departments of Chemistry and Physics in the College of Arts and Sciences at Stony Brook University, posed this elemental question on the way to winning the 2017 Discovery Prize.

In a presentation delivered April 13 at the Charles B. Wang Center Theatre, Allison persuaded a panel of three distinguished scientists to fund his postdoctoral research. The $200,000 award will purchase equipment that will help scientists see how molecules move and behave in real time.

The winner was chosen by a distinguished panel of judges, including F. Duncan Haldane, 2016 Nobel Laureate in Physics from Princeton University; Barbara Jacak, director of the Nuclear Science Division at the University of California, Berkeley, and a former professor of physics at Stony Brook; and James H. Simons, chairman of the Simons Foundation, former chair of the Stony Brook Department of Mathematics and a member of the National Academy of Sciences.

The Discovery Prize was established in 2013 with a generous donation from the Stony Brook Foundation’s Board of Trustees as a way to advance pioneering scientific breakthroughs at a time when the primary source of support for basic research (i.e., the federal government) is dwindling.

For more about the Discovery Prize, go to stonybrook.edu/discoveryprize.

SATISFYING THE NEED FOR SPEED

Revolutionizing the quality, quantity and speed of digital research, Stony Brook is the first higher education institution in New York State to offer a 100-gigabit-per-second (100-Gbps) connection to the Internet 2 Research Network.

The lightning-fast system, which debuted in March 2017, will turbocharge collaboration among far-flung teams of researchers and consolidate the University’s regional leadership position in high-performance computing.

“It is very important for Stony Brook research to have our infrastructure match our aspirations,” said Robert Harrison, director of the Institute for Advanced Computational Science. “Data’s big and messy, and if you’re going to share it or use it, you have to be able to move it — that’s why this connection is essential for us to continue to play our lead role.”

The 100-Gbps connection is so fast that Stony Brook researchers could transfer a complete copy of a human genome file to a lab for testing in just 90 seconds, send 300,000 x-ray images in one minute, or download one e-book for every Stony Brook student (roughly 26,000) in only four seconds.

The faster transfer rate is expected to expedite research in the areas of medicine, engineering, computational astrophysics and biomolecular imaging, among others.

The find, which was announced in the scientific journal Nature on August 10, is of an infant skull from roughly 13 million years ago. The research was done by an international team led by Isaiah Nengo of the Stony Brook University-affiliated Turkana Basin Institute, along with researchers from Stony Brook University and De Anza College.

The newly discovered ape fossil is nicknamed Alesi by its discoverers. It is the most complete skull from an extinct ape species known in the fossil record. Many of the most revealing parts of the skull are preserved inside the fossil. To make these visible, the team used an extremely sensitive form of 3D x-ray imaging at the synchrotron facility in Grenoble, France.

The unerupted adult teeth inside the infant ape’s skull also indicate that the specimen belonged to a new species, Nyanzapithecus alesi. The species name is taken from the Turkana word for ancestor, “ales.”

“Until now, all Nyanzapithecus species were only known from teeth and it was an open question whether or not they were even apes,” said John Fleagle, Distinguished Professor in the Department of Anatomical Sciences at Stony Brook.

SUSHI BACK ON THE MENU?

Research suggests seafood mercury contamination is on the wane

In a piece of welcome news for seafood lovers, a Stony Brook-led research team has found declining levels of mercury in bluefin tuna caught in the North Atlantic over the past decade. Mercury is a neurotoxin harmful to humans, and tuna provides more mercury to humans than any other source.

A study led by SBU’s School of Marine and Atmospheric Sciences (SoMAS) and published in the November 10, 2016, issue of Environmental Science & Technology, provides a new data set, the largest of its kind, of mercury concentrations in Atlantic bluefin tuna.

The rate of decline parallels the drop-off — over the same time period — of mercury emissions, mercury levels in North Atlantic air and mercury concentrations in North Atlantic seawater. Authors of the study include Stony Brook’s Nicholas S. Fisher, Distinguished Professor and director of the Consortium for Inter-Disciplinary Environmental Research at SoMAS, and Cheng-Shiuan Lee, a PhD student in chemical/biological oceanography.

Fisher said the finding appears to indicate that changes in mercury levels in fish tissue respond in real time to changes in mercury loadings into the ocean. The study was supported in part by the Gelfond Fund for Mercury Research and Outreach, established by Stony Brook Foundation Board Chair and IMAX CEO Richard Gelfond ’76, Hon. ’04. The purpose of the Fund is to advance our understanding of how mercury cycles into the environment and of the health effects from eating fish tainted by methylmercury.

Your pooch emerged from a group of wolves 40,000 years ago 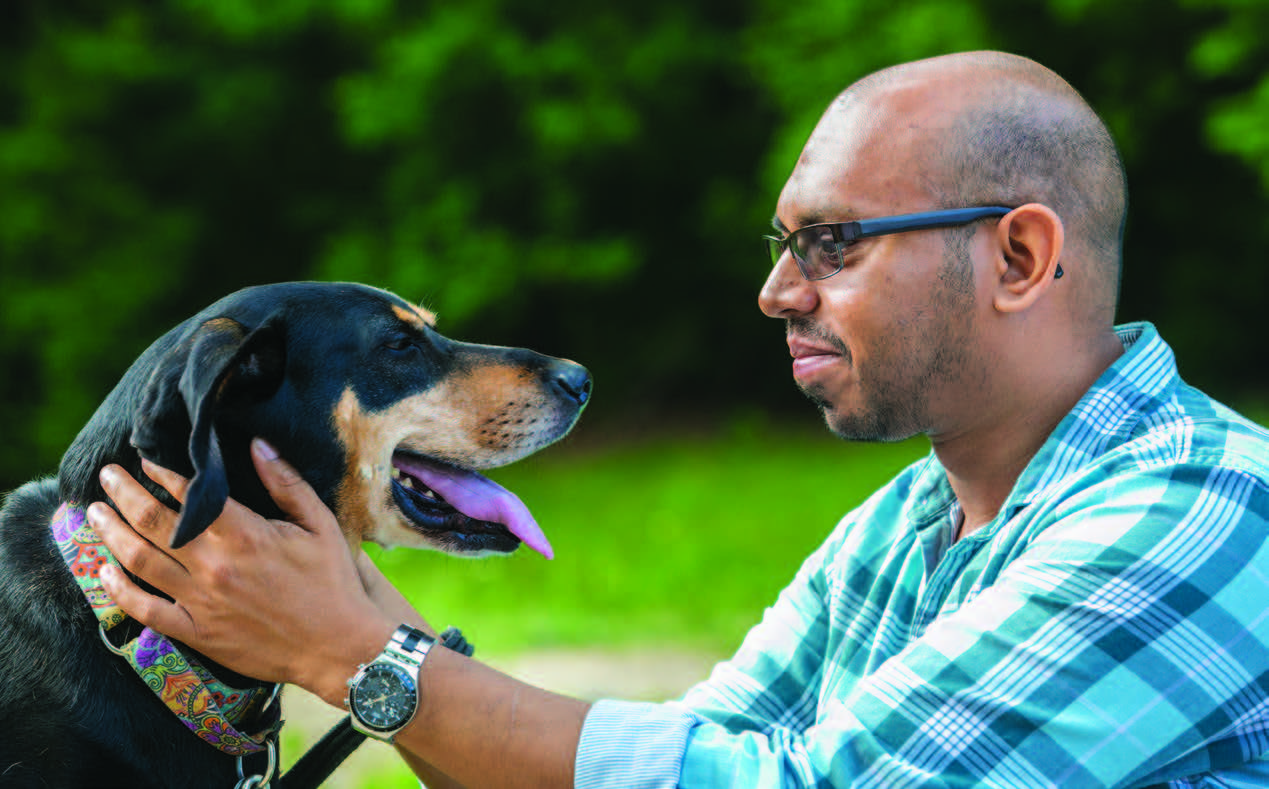 Stony Brook scientists have traced the emergence of the modern dog to the domestication of a population of European gray wolves that took place between 20,000 and 40,000 years ago.

By analyzing the DNA of two prehistoric dogs from Germany, an international research team led by Krishna R. Veeramah, PhD, assistant professor of ecology, determined that their genomes were the probable ancestors of modern European dogs. The finding was published in Nature Communications.

Previous genetic research had pointed to many areas of Europe, Central Asia, South Asia and the Middle East as possible origins of dog domestication.

“Contrary to the results of this previous analysis, we found that our ancient dogs from the same time period were very similar to modern European dogs, including the majority of breed dogs people keep as pets,” explained Veeramah. “This suggests that there was no mass Neolithic replacement that occurred on the continent, and that there was likely only a single domestication event for the dogs observed in the fossil record from the Stone Age and that we also see and live with today.”

The Stony Brook-led U.S. ATLAS collaboration boasts $54 million in funding as of March 2017, boosted by a $5.4 million grant from the National Science Foundation (NSF) in support of cutting-edge energy research.

As lead institution for the U.S. ATLAS collaboration, the University aims to stimulate development of a scientific and technically educated workforce, advancing the multidisciplinary application of technology and the popularization and dissemination of science to the general public.

This award to Stony Brook will cover the NSF-funded universities participating in the ATLAS experiment and support activities that provide opportunities to develop and maintain complex detector apparatus; custom analog and digital electronics; and software systems for data management, data processing and technical analysis. 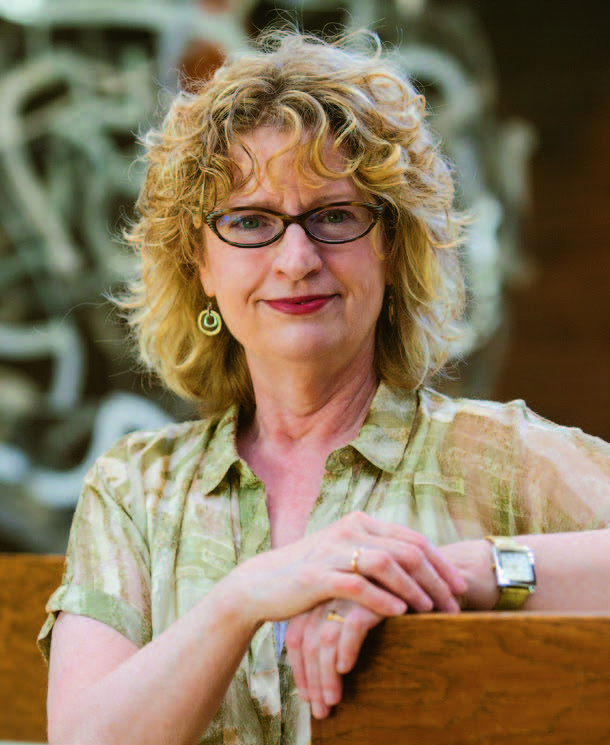 Stony Brook historian Nancy Tomes has been awarded Columbia University’s 2017 Bancroft Prize in American History and Diplomacy, one of the most distinguished academic awards in the field. She was honored for her book Remaking the American Patient: How Madison Avenue and Modern Medicine Turned Patients into Consumers (University of North Carolina Press, 2016).

In the book, called “fluent and immensely readable” by The New York Times, Tomes traces the history of the coevolution of medicine and consumer culture, questioning the popular and largely unexamined idea that in order to receive quality healthcare, people must learn to shop for it.

“I am humbled and amazed to receive this recognition for my book and immensely grateful for the support of my family and my Stony Brook colleagues while writing it,” Tomes said.