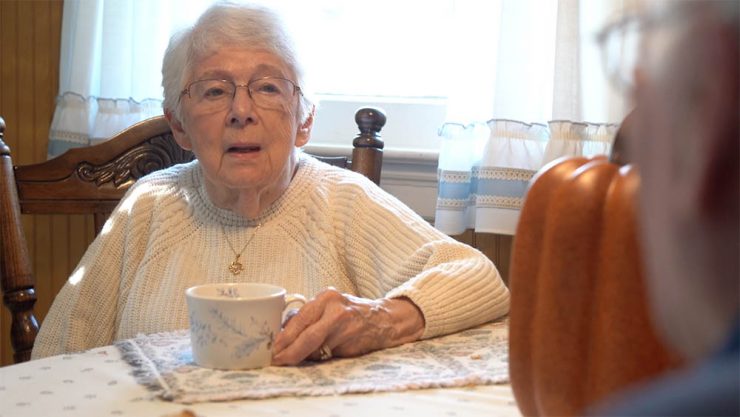 In 2020, the last wave of Baby Boomers turns 55 years old. That generation is fortunate to have aged in the era of the greatest medical advances mankind has ever seen. The result is longer and better health, and with that, increased life expectancy.

That blessing comes with challenges. By 2035, those aged 65 and over are expected to make up more than 20 percent of the Long Island population. It’s a paradigm shift that will test society’s capacity to provide support, and Stony Brook scholars and researchers are taking a leading role in finding solutions.

“The fastest growing population on Long Island is older adults,” said Jacqueline Mondros, Dean of the School of Social Welfare and assistant vice president of Social Determinants of Health at Stony Brook University.  “And the segment with the most growth is those over 90.”

“We’ve largely overcome the contagious diseases that shortened lifespans in the past, but now we have to deal with the chronic conditions that come along with aging,” adds Elinor Schoenfeld, research professor in the Department of  Family, Population and Preventive Medicine.

The Challenge of Suburbia
Historically, this segment of the population would be tended to at home by an extended family, or spend their later years in what were once known as “retirement homes,” and more commonly today as assisted-living facilities.

Now, after a life spent in suburbia, more than 80 percent of aging Long Islanders want to stay in their homes and communities and continue to enjoy the space and freedom that defined their adult lives — while still getting the medical and social support they require. This philosophy is dubbed “Aging in Place.” Unfortunately — and for many reasons — these residents are often faced with the difficult reality of securing a future where affordable, independent living is possible.

“I came from the city, and aging in the city is difficult enough,” said Mondros. “When I came to Long Island and saw what was going on, I was alarmed.  You have an island of 60’s-style homes – many split-levels with a lot of steps. Long Island’s high taxes make retrofitting unaffordable for an overwhelming majority of this population and the high cost of living is driving their families away. With a relative lack of public transportation, seniors can’t leave their homes. Once people give up driving, maintaining the freedom they’re accustomed to becomes extremely challenging.”

Combined with the breakup of the nuclear family that defined America into the 1970’s,  the worrisome result is isolation. Mondros set out to help establish Stony Brook as a center to lead the effort in creating a model to help address the future needs of this burgeoning population on Long Island and elsewhere.

“We have to develop a model that addresses a couple of areas,” says Mondros. “The first area is to train professionals with respect to the challenges of aging.”

To this end, the School of Social Welfare now offers an online continuing education course aimed at social workers who wish to become aging in place specialists. But the effort requires much more than front-line people to handle the hands-on needs; it extends to engineers, MBAs, medical professionals and future psychologists.

Technological Solutions
Today, researchers from Stony Brook’s College of Engineering and Applied Sciences and the Schools of Medicine, Social Welfare and Nursing are studying new “Internet-of-Things” technologies to address the challenges of growing older and “aging in place.”

These researchers are working to create an environment of connected devices that enable constant yet unobtrusive observation and data-gathering. These devices can range from simple pressure gauges in shoe insoles that monitor changes in gait, acceleration and stability, to sophisticated tracking sensors or sonar-type devices that are able to show not only where a person is within an environment, but their body positions and movements. Emergency situations, such as someone falling to the floor and being unable to get up, could also be monitored and addressed instantaneously.

Fan Ye, an associate professor in the Department of Electrical and Computer Engineering, is currently working to leverage radio waves to monitor heart rate, respiration and body positioning.

“Today you would need something touching the body to get these readings,” said Ye.  “Our technology is completely remote and completely passive.”

The idea behind it is to obtain reliable real-time monitoring while preserving privacy and encouraging normal behavior.

“People don’t like being connected to wires and they don’t want their privacy to be compromised, which video does,” said Ye. “If cameras were in this room right now we’d all be behaving differently.’

This method also brings additional benefits: it bridges the technology gap that many older people experience and also provides data that patients find difficult – or even impossible – to communicate.

“As people age they deal with an increasing variety of physical limitations,” said Schoenfeld. “When you add Alzheimer’s or dementia into the equation it can be very difficult to get the data we need from the patient to help with care and support.”

The use of radio waves also enables more reliability in managing emergency situations.

“Today we have emergency necklaces with a button you can press if you need help,” said Ye. “But what happens if you are unconscious or incapacitated and physically can’t press the button? There’s no way for caregivers to be alerted in real time. But a remote system like the one we are working on will recognize the emergency immediately.”

In addition to those emergency capabilities, the analytics gathered will also spot longer-term trends that are progressing gradually.

“Illnesses like Parkinson’s and Alzheimer’s often begin with subtle changes that even close family members wouldn’t notice,” said Ye. “This system will be able to detect changes such as small tremors even if they are under clothes. It’s an early warning system that alerts the caregiver to get the patient to a doctor.”

“I’ve never seen an issue that’s so avoided,” she says. “People don’t plan to age, and the norm, unfortunately, is that individuals and families don’t do anything until there is a crisis.”

The result is a far-reaching new industry that’s about to explode as Long Island transitions from what was historically a defense- and finance-driven economy to one driven by health care and personal services.

“Our programs encourage students to consider ‘Aging-in-Place’ as a career,” says Mondros. “We’ve had success in training and continuing education. But we need to get everyone involved to think more broadly about aging.”

“We can address the problem or ignore it, but it’s going to be expensive no matter what we do,” says Mondros. “Except for Medicare and Social Security, there’s not much to support this burgeoning population. We need to come up with a reasonable public policy that addresses aging in place. This isn’t just a Long Island trend, it’s a global one. People are living longer and we need to figure out how to support them.”

“Technology takes years to put in place and it changes every day,” added Schoenfeld. “We’re trying to not only address the challenges that exist today, but to get in front of the challenges we’ll be confronting in the future.” 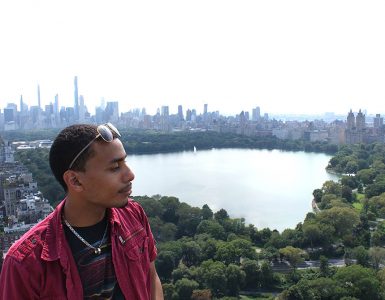 The experiences Gary Gravesandy ‘18 had at Stony Brook not only put him in the position to be accepted to medical school, but also inspired him to be a mentor.