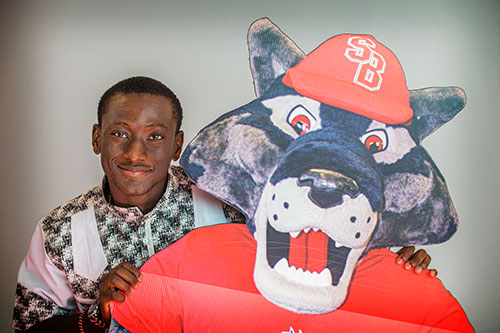 A quick look at a satellite image of Africa at night reveals the continent’s pressing need for electrical power.

During his first semester at SUNY Korea, Yelbi, a technological systems management major specializing in mechanical engineering, delivered an eye-opening presentation to SUNY Korea President Choonho Kim and representatives from Korean power companies. Yelbi’s presentation was so persuasive that the Korean companies are now investing in his project.

To make his case, Yelbi boned up on different ways to generate energy — wind turbine, solar power and geothermal energy, for example. To power Burkina Faso, Yelbi chose solar power because the region receives a steady dose of the sun’s energy year-round. The first phase of his pilot project recently provided photovoltaic solar panels to power Sanogho’s hospital and its elementary and middle schools.

To ensure that his ideas become reality, Yelbi traveled to Burkina Faso on a fact-finding mission in late August, and then on to neighboring Ghana, where a similar project is under way.

“I supervised the Burkina Faso project by making sure everything was done correctly and met with government authorities, such as the minister of energy and mines,” says Yelbi.

“I always wanted to help people around me, and I know that electricity is a huge problem, not only in my native Burkina Faso but also in almost every country in Africa,” Yelbi says.

Living without electricity is not the only challenge the villagers face, so Yelbi is taking his vision one step further — he is also determined to greatly improve their access to water.

“My plan will not only provide clean water for the villagers, but it will also prevent them from needing to walk long distances for water. Furthermore, it will attract traders from nearby villages,” Yelbi says.

“Because water is a scarce resource in this farming community, we dug two water wells and will eventually install two mills for grinding crops, such as millet, maize and sorghum.”

Although access to water has improved greatly in the main urban and rural areas of Burkina Faso in the past few decades, it still remains difficult to get water to villages without wells. The high cost of water and frequent droughts exacerbate the situation. What’s more, dirty ponds that host malaria-carrying mosquitoes, among the leading causes of death in Africa, dot the landscape.

The second phase of the plan, to electrify the entire village with solar panels and install the mills, will take place next year.

While he was in Burkina Faso Yelbi also conducted a science camp at two middle schools in the capital city.

Yelbi moved to the United States in 2007, at which time his family relocated to Maryland. He earned his high school diploma at the prestigious Albert Einstein High School and an associate degree of arts at Montgomery College. His sister Djamila graduated from Stony Brook University in 2013 and encouraged Yelbi to apply there.

After Yelbi completes his trip to Africa, he will return to the SUNY Korea campus in Incheon, South Korea, to fulfill the remaining requirements for his major. Roughly 25 students from Stony Brook attend SUNY Korea each year.

Yelbi has been back at Stony Brook this summer, serving on a Faculty Student Association internship panel. He has been busy creating, implementing and presenting various initiatives and findings to approximately 300 student employees.

Whether it means catering to the needs of his fellow students or his fellow countrymen, Yelbi’s goal is to serve the communities in which he lives.

“Korean companies are interested in my project because it is rare to see a young student involved with such a project,” Yelbi says. “It is obvious that Africa is also a new market to Western and Asian countries.

“When I first visited the villagers in 2015, their chief told me that what I am doing was a blessing,” he says. “The smiles on their faces empowered me and fueled my desire to make this project happen.” 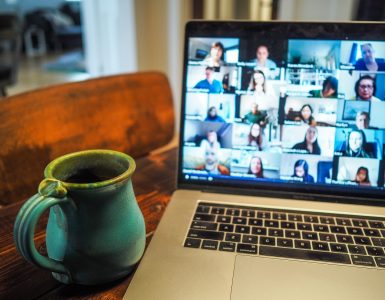 What You Need to Know, When You Need to Know It IMPORTANT NOTICE ABOUT VACCINE APPOINTMENT SIGN UP We are aware of news related to some of the challenges experienced by those eligible attempting to schedule appointments...