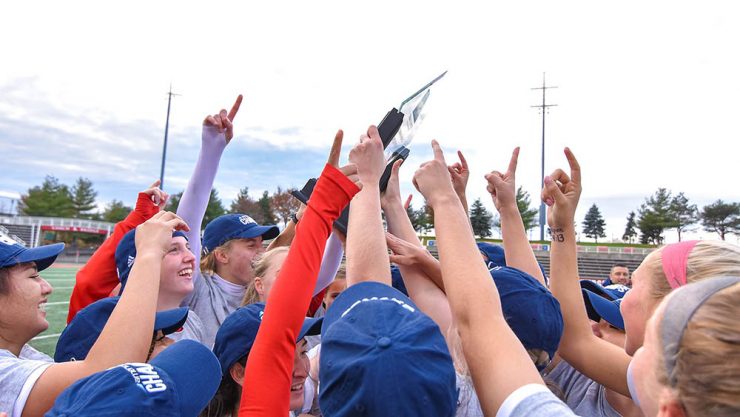 For the second time in three seasons, the Stony Brook women’s soccer team are champions of America East. The Seawolves knocked off Hartford in the championship game November 10, with goals from juniors Erin O’Connor and Fanny Götesson consolidating the 2-1 victory.

“Our goal throughout this season was to do this,”said Head Coach Tobias Bischoff. “It started in the preseason, through the non-conference, trying to figure out what this team is and what we can do. It’s good for the team. I’m super proud of them. They found a way to get here and winning it is absolutely awesome.”

With their 14th win of the year, the Seawolves tied the school record for the most wins in a single campaign.

Stony Brook now looks ahead to the 2019 NCAA Women’s Soccer Championship. The bracket will be announced November 11.