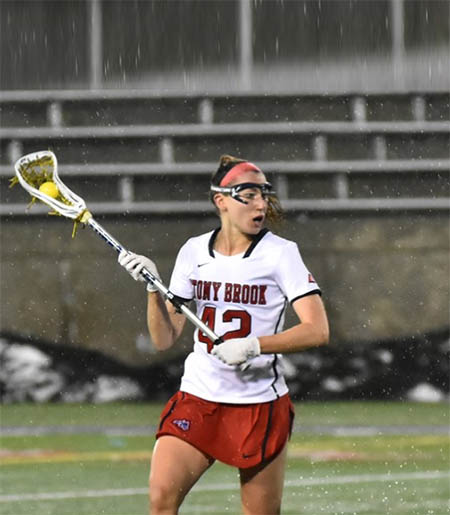 The Stony Brook women’s lacrosse team vanquished Albany to clinch its fifth-consecutive America East Championship on Sunday at LaValle Stadium, securing a No. 8 seed in the NCAA tournament.

The Seawolves will host Bryant Friday, May 12,  at 4:30 p.m. in an NCAA regional bracket that also includes Albany and Northwestern.

Stony Brook is 18-1 entering the NCAA tournament with a resume that includes eight victories over the NCAA tournament field, seven wins over RPI top-20 teams and a nation-leading nine road wins. The Seawolves are currently riding a 13-game winning streak and are 4-0 this season against the other three teams in the Stony Brook Regional.

The Bryant game be followed by a contest between Albany and Northwestern at 7 p.m. The winners of the two games will play Sunday at 12:00 noon at LaValle Stadium.